One of the worst things about clinical depression is its cruel circularity. Feeling lousy smothers motivation; loss of motivation leads to inactivity; inactivity makes depression worse—and on and on. There are an awful lot of people caught in that terrible spiral: According to research by the World Economic Forum, an estimated 350 million people worldwide suffer from depression, with a projected global cost approaching $5.4 trillion over the 20-year period from 2011 to 2030.

The good news is that treatments work. Cognitive behavioral therapy (CBT), in which people are taught to reframe their thinking and challenge negative assumptions about their lives, can reduce symptoms. Anti-depressant medications can help as well. The not-so-good news is that treatment outcomes can be uneven across populations, with reduction of symptoms heavily dependent on the skills of the psychologist or other caregiver. Not insignificantly, therapy can also be expensive.

Now, according to a British study just published in The Lancet, there may be another therapeutic option—one that can be administered by a larger population of less-rigorously trained caregivers, making it both more-available and less expensive than CBT. Better still, in some respects the new treatment involves little more than doing the things you like to do—or at least the things you used to like to do before depression made it hard to enjoy anything at all.

Known as behavioral activation (BA), the new protocol involves some of the elements of more traditional therapies, including identifying situations and thoughts that trigger depressive episodes and learning to avoid the rumination that often makes symptoms worse. Medication, which is compatible with CBT, can also be used with BA. The key difference, however, is that sessions with therapists are not devoted to practicing cognitive-behavioral coping skills as they are with CBT, but at least partly to planning pleasurable and productive activities and learning to follow through on them.

“CBT is an ‘inside out’ treatment where therapists focus on the way a person thinks,” wrote psychologist and David A. Richards of the University of Exeter Medical School, lead author of the Lancet paper, in an email to TIME. “Behavioral activation is an ‘outside in’ treatment that focuses on helping people with depression to change the way they act.”

In the study, conducted by Edwards and a team of researchers from Exeter, Kings College London and elsewhere, investigators recruited 440 people 18 years old and up who met the diagnostic criteria for major depressive disorder. Of those, 221 were assigned to up to 20 sessions of CBT administered by certified psychological therapists over the course of 16 weeks. The remaining 219 were assigned to receive the same number of BA sessions over the same period of time, administered by junior mental health workers.

The outside activities in which the BA patients engaged varied depending on the patients themselves. In some cases it might have been exercising or doing volunteer work or going out with friends; in all cases it had to be something positive and proactive. “Activities can be literally anything. Social, environmental, physical or even very private (like reading),” wrote Richards. “The main thing is that they are consistent with the individual’s values and that they are functional.”

All of the patients in both groups received follow-up assessments at the six-, 12- and 18-month points after the therapy ended. Those assessments revealed the outcomes to be statistically indistinguishable, with two-thirds of all patients reporting a 50% or better reduction in depressive symptoms, regardless of group. Results like that mean that BA crossed what is called the “non-inferior” threshold, which sounds unimpressive but is also simply another way of saying that, in this study at least, it was just as good as CBT.

The edge for BA comes in the cost. In the U.K., junior health care workers earn only about two-thirds of what the certified therapists earn. That lower pay is passed onto patients in the form of lower cost, with the fee for an average course of CBT treatment going for £1,235 compared to £975 for BA—or about $1,620 compared to $1,280 at current exchange rates.

Neither treatment, of course, comes with a guarantee of success. Both require buy-in from the patients in terms of showing up for sessions, following all of the treatment protocols and collaborating with the therapist in the larger project of getting well, what Edwards calls “a working alliance.” Done right, however, that hard work can pay off, with an upward spiral out of depression even more powerful than the downward spiral that once led into it. 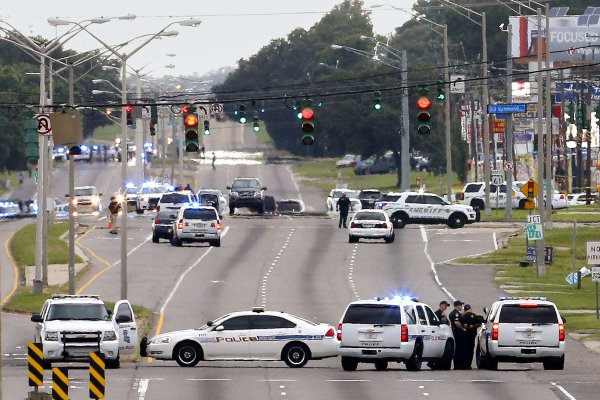 The Psychic Toll of Nonstop Tragedies
Next Up: Editor's Pick