This video frame grab received from China's state broadcaster CCTV shows a tiger attacking a passenger after she stepped out a car at Beijing Badaling Wildlife World on July 23, 2016.
CCTV/AFP/Getty Images
By Julia Zorthian

A tiger attacked two women after they left their car in a Beijing animal park on Saturday.

The beginning of the attack was caught on surveillance footage in the Siberian tiger enclosure of Badaling Wildlife World. The video shows the younger woman exiting her car and walking around it to get back in, when the tiger seizes her and drags her off-screen. In the widely-shared video, the woman’s husband and mother jump out of the car to follow the attacker.

The husband was uninjured, reports the New York Times, but the mother was killed trying to save her daughter, who sustained serious injuries. It’s unclear why the woman exited her vehicle in the middle of a tiger sanctuary: reports surfaced that she was having an argument with her husband, but the South China Morning Post reported that the couple wasn’t fighting and that they had thought they were out of the tiger area.

Park officials have declined to comment on the attack, but said the park has remained closed due to impending rain. 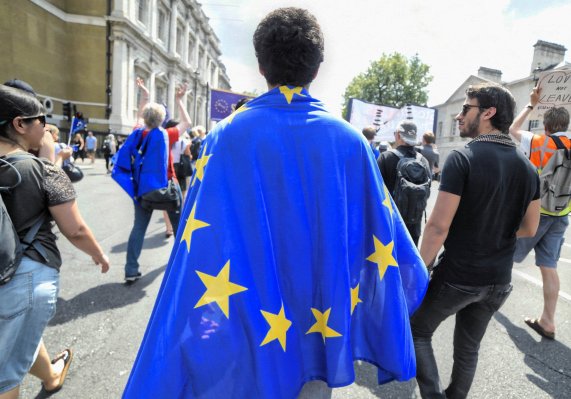 One Month After Brexit Vote, Europe Still Divided on Britain
Next Up: Editor's Pick