“Hillary Clinton will make an outstanding president and I am proud to stand with her here tonight,” he said.

Sanders said that he and Clinton had worked together on “the most progressive platform in the history of the Democratic Party,” and noted that she would appoint liberal Supreme Court justices and support other progressive ideals.

“Hillary Clinton understands that if someone in America works 40 hours a week, that person should not be living in poverty,” he said. “She understands that we must raise the minimum wage to a living wage. And she is determined to create millions of new jobs by rebuilding our crumbling infrastructure – our roads, bridges, water systems and wastewater plants.” 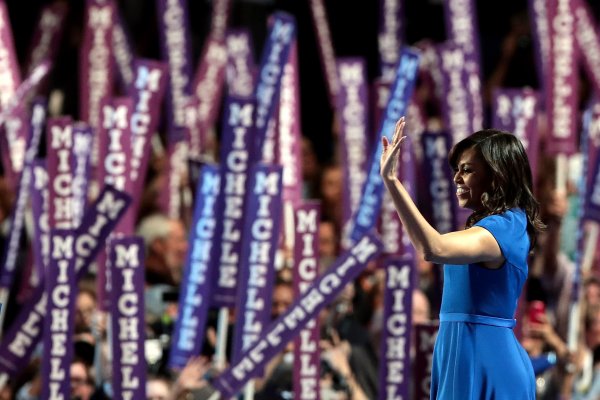 Democrats Come Together
Next Up: Editor's Pick