Donald Trump Gets a Polling Bump from Republican National Convention

Donald Trump appears to have received a significant polling bounce after the Republican National Convention, with one poll giving the Republican presidential candidate a 3-point lead over Democratic rival Hillary Clinton.

Trump leads Clinton 48% to 45% on the heels of the convention, according to the CNN/ORC poll, which was released Monday. The finding shows a 6-point convention bounce for Trump, CNN reported.

The same poll found that the convention, which wrapped up last week, has strengthened the view of the Republican party. Trump’s new edge over Clinton comes from increased support among independent voters, the CNN poll found. According to a separate CBS News poll released Monday, 44% of Republican registered voters view the party as united, a boost from views before the convention.

The CBS News poll found that Trump and Clinton are tied, each with the support of 42% of voters. Taking into account voters who lean toward a candidate, Trump comes out with a one-point edge over Clinton, the poll found.

When all polling is taken into account Clinton still holds a three-point lead over Trump, according to the Huffington Post polling tracker. She might also anticipate her own polling bounce after the Democratic National Convention this week. 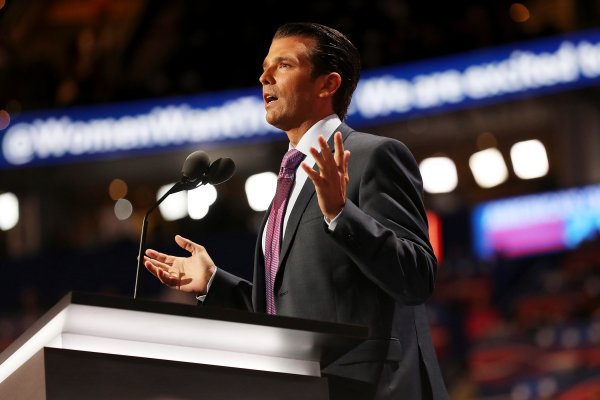 Clinton Team Plans to Attack Trump Like Romney at DNC
Next Up: Editor's Pick