What the U.S. Is Learning From How Israel Treats Transgender Soldiers

Amy, a transgender IDF soldier, in Tel Aviv, Israel, in July. Instead of enlisting in the air force, she chose a co-ed unit that patrols the border with Egypt.
Oded Balilty—AP for TIME
By Yardena Schwartz/Tel Aviv

Amy always knew she was a girl in a boy’s body, as she always knew she would serve in the army. She grew up in a religious family in Israel and attended a school that prepared students to enter the air force. But after coming out to her family, whose reactions ranged from fear to denial and rejection, she wasn’t sure if and how the military would accept her.

Amy, who preferred not to use her real name for this story, decided not to go into the air force, which she felt might be too “macho” and less welcoming to a transgender woman. Instead she enlisted in Caracal, a co-ed combat unit, which is tasked with patrolling Israel’s border with Egypt. To Amy’s surprise, the army was more than just accepting.

“They were empowering,” she says of her fellow soldiers and commanders. “The girls and guys in my platoon were so sweet and supportive, and all the staff tried to make it as smooth as possible. I didn’t even notice.”

From the start, they treated her as female, addressing her in female pronouns, giving her a female uniform, and allowing her to keep her long wavy hair (male soldiers must keep their hair short). Amy was permitted to sleep in the women’s sleeping quarters, and received permission to shower separately. The army also pays for her hormone treatments, just as they cover the medical needs of any soldier.

Amy, a transgender IDF soldier, in Tel Aviv, Israel, in July. She grew up in a religious family and found the army more accepting than she anticipated.
Oded Balilty—AP for TIME

On June 30, the U.S. Department of Defense announced that it was lifting its ban on transgender soldiers, five years after repealing the “Don’t Ask, Don’t Tell” policy which barred gay and lesbian troops from serving openly. The U.S. military’s new transgender policy took effect immediately, but for now, it only applies to trans men and women who are already serving. For the first time, they will be able to do so openly, without fear of being discharged on the grounds of being transgender.

There are no precise figures on the number of transgender people in the U.S. military, but RAND Corporation researchers estimate there are 1,300 to 6,600 transgender service members in active duty – out of 1.3 million total – and between 800 to 4,000 in the selected reserves. The Department of Defense worked with RAND, a public policy research organization, to evaluate the implications of integrating trans soldiers. Its studies of foreign militaries found that such integration had no negative impact on battle readiness or unit cohesion. In fact, the report found, “the policies had benefits for all service members by creating a more inclusive and diverse force.”

Although the policy change took effect this month, it will take about a year for the military to implement it fully, said Department of Defense spokesman Eric Pahon.

As America begins to put its new policy into practice, it is taking notes from the 18 other countries that already allow transgender men and women to serve their country. Israel is one of them, says Pahon.

The two forces face different challenges; Israel has a conscript army, in which every man and woman is expected to serve a period of time in the military, while the U.S. has a volunteer army. But many of the issues are similar.

These include, “How to handle some of the shower situations, and what to do about sleeping arrangements,” says Pahon. “We’ve got a lot of training to do for troops already in the military.”

While the Israeli army has never explicitly forbidden trans men and women from serving, any conscript who said they were transgender would normally be exempted from service on health or mental health grounds. In recent years, the Israeli army has been more keen to encourage more people to serve, regardless of their orientation.

This change has not been smooth for everyone. The day Guy Tiram joined the army was one of the worst days of his life. Raised as a girl named Sahar, Guy came out as a lesbian at the age of 14, and then as transgender right after high school. When his mother found out, she told him not to come home. At one point, Guy tried to commit suicide. After swallowing more than 100 pills, his younger brother called an ambulance, and Guy woke up in a hospital several hours later.

Like Amy, Guy also knew he wanted to be a combat soldier. When Guy entered the enlistment office on his drafting day, the officers saw a man, so they shaved his head and handed him a male uniform. He found an area to the side where he could change in private, but soon a commander came in and took him out of the men’s changing area. She gave him a female uniform and shoved him into the girls’ changing area.

“She was laughing hysterically,” recalls Guy, now 22. “I was crying. All the girls started screaming at me to get out of their changing room. I went outside, sat on a bench and cried. So the army did what seemed right to them. They sent an officer to come yell at me.”

For the rest of his service, Guy experienced similar degrading treatment. Like Amy, he served in the co-ed Caracal unit, but was forced to sleep in the female dorms, and to shower with the girls. His morale was so low that he kept getting into trouble with his commanders. He lasted six months before he gave up on the army, rather than serving the full two years required of women or the three years required of men. Quitting the Israeli army can be extremely difficult, if not impossible. For Guy, it took weeks.

After he left, all Guy could think was, “‘What have I done? I wanted to be here,’” he says. “But I’m glad I got out because if I hadn’t, they would say, ‘OK, we have a transgender person here. We’re probably doing everything OK.’”

Apart from not being able to stand the army anymore, Guy also wanted his departure to show the army their treatment of trans soldiers was unacceptable. Although he didn’t realise it, Guy’s experience was a turning point for the army.

Several months after he left the army and started working with underprivileged members of society as an alternative to army service, Guy met Liam Rubin. Liam was also a transgender man, and was at the time serving in Caracal. When Liam realized who he was speaking to, he said, “You’re Guy Tiram!” as if he was meeting a star.

“Guy left a very big impact in what he did,” says Liam, who just completed his army service in March. After he left, I was accepted much better.”

Liam, who came out during his army service, represents a kind of middle ground between the experiences of Amy and Guy.

In Feb. 2016, the army changed its Women’s Affairs Department – created in 2000- into the Gender Affairs Department. Soldiers and commanders now have people they can turn to at any hour with any question, wether it’s concerning themselves, a fellow soldier, or a soldier under their command.

“If you’re a commander in the field, you’re not necessarily going to know how to treat a transgender soldier,” says Lt. Col. Limor Shabtai, the IDF’s Deputy Head of Gender Affairs. “Most of the commanders are just afraid of the issue because they know nothing about it. Once we give them educational tools to help them integrate them, things are going much better.”

Guidance for commanders, Shabtai explains, includes helping them decide where a transgender soldier should sleep and shower, whether to address him as male or female, what uniform to give him, and what kind of medical assistance he’ll be receiving for his transition.

“All of this has given the commanders a sense of how to deal with the issue,” says Shabtai, adding that troops serving alongside a transgender soldier also receive sensitivity training.

Lt. Shachar, a transgender IDF officer, holds a picture of himself as a young girl in Tel Aviv, Israel, in July.
Oded Balilty—AP for TIME

Lieutenant Shachar, who can’t divulge his full name nor his role in the army due to the sensitivity of his job, came out as transgender when he was 16. His friends and family were extremely supportive, but in the army, he only came out to his fellow soldiers at the end of his commander’s course, two years after beginning his army service. Until then, he was addressed as a woman, slept in the female sleeping quarters, and refrained from taking hormones. He was the first transgender person to become an officer. Shachar often assists the Gender Affairs office, which refers transgender recruits to talk to him about their concerns surrounding their army service.

While the army is happy to fund hormone treatment for its soldiers, it is reluctant to allow surgery.When Liam decided to go through hormone therapy, his commander told him that he wouldn’t be able to continue onto the commanders course he was supposed to begin. He chose hormone therapy over becoming a commander. While the army provided his hormone treatments, they did not cover the surgery to remove his breasts, which cost around $7,000. Liam now runs a transgender awareness organization with Guy, whose terrible experience in the army prompted much of the progress that’s been made. Transgender soldiers who desire surgery must go through a sex change commission, and could wait a year or two.

“Most of the time the people who had a harder time, it was that their commanders or doctors just didn’t know how to address the issue, so they didn’t get their rights or the right treatments,” says Lt. Shachar. He said this is a problem they are actively addressing. “We can already see the fruits of that labor,” he says, but, “not everything is perfect.”

The Israeli army’s transgender soldiers are now helping new transgender recruits fit in. In November 2015, Liam was asked to go to the base where he had done basic training. New soldiers were coming to Caracal, and they wanted his help to make sure she was integrated into the army properly.

“There was a trans girl on the bus, and they treated her from the start as a woman. I was shocked,” he says. “I saw her name on the list, and noticed that they’d written her preferred female name next to her original name.” The girl he had been called to help was Amy. 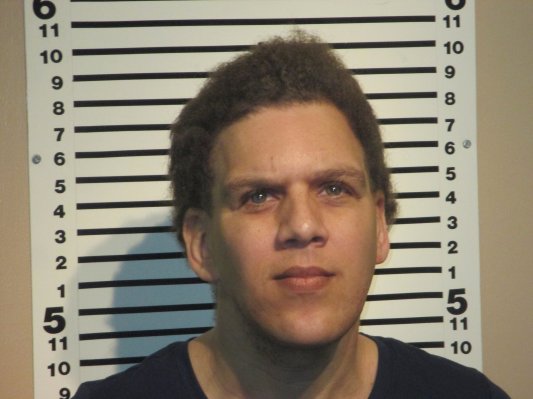 Transgender Woman Charged With Voyeurism in Target Dressing Room
Next Up: Editor's Pick