Two teenagers were killed and at least 15 other people were injured after shots were fired at a nightclub in Fort Myers, Florida, authorities said.

Police said gunfire broke out at the Club Blu bar and restaurant on the city’s Evans Avenue just before 12:30 a.m. on Monday, the Associated Press reports. Sixteen victims, ranging in ages between 12 and 27, were treated at Lee Memorial Hospital’s emergency center, Cherly Garn, a spokeswoman for Lee Memorial Health System, told TIME.

One victim died at the hospital, Garn said. One person is in critical condition and another is in serious condition.

Police identified the two slain teenagers as Sean Archilles, 14, and Stef’an Strawder, 18. The shooting was not an act of terrorism, authorities said.

A separate report from local station WPTV said incidents were reported at two other locations nearby, although police have not yet provided details or said whether the incidents were connected.

Club Blu said in a Facebook post Monday that the shooting took place as the club was closing and as parents were picking up their children. “We are deeply sorry for all involved,” the post read. “We tried to give teens what we thought was a safe place to have a good time.”

The post added that there were armed security guards inside and outside of the club. A manager did not immediately return requests for comment.

The shootings come just a few weeks after a gunman killed 49 people inside the Pulse Orlando gay nightclub in the deadliest mass shooting in U.S. history. 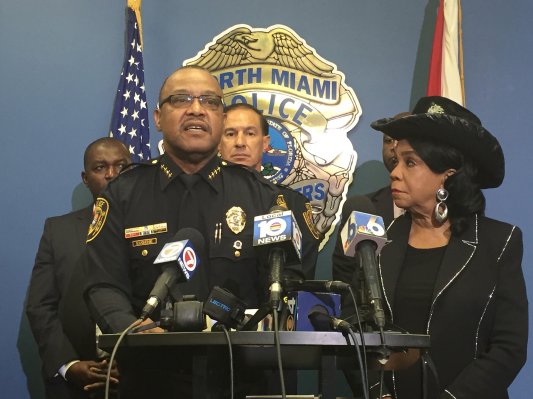 Autistic Man Whose Caretaker Was Shot by Cop Is 'Traumatized'
Next Up: Editor's Pick