Malaysian police have dismissed media reports that say missing Malaysia Airlines Flight 370 was deliberately steered into the sea by a pilot intent on mass murder suicide.

On Friday, New York magazine published an article based upon what it claims is a leaked investigation document, allegedly showing Captain Zaharie Ahmad Shah had “conducted a simulated flight deep into the remote southern Indian Ocean” on his home flight simulator less than a month before MH370 vanished.

The route and destination of the simulated flight was similar to the route investigators believe the plane took.

“We found a flight path, that led to the southern Indian Ocean, among the numerous other flight paths charted on the flight simulator, that could be of interest,” the document said, according to New York magazine.

However, Malaysian Police Inspector-General Tan Sri Khalid Abu Bakar told local media Saturday that no information had been passed onto investigators in the U.S., where the magazine said it obtained the document.

“We have never submitted such a report to any authority abroad including the FBI,” he said, according to the Malay Mail. “This report is not true.”

The controversy is the latest twist in the investigation into the doomed flight, which disappeared March 8, 2014, soon after departing Kuala Lumpur for Beijing. Subsequent analysis of data transmissions suggest the plane eventually crashed somewhere in the southern Indian Ocean off the western cost of Australia. All 239 passengers and crew are presumed to have perished.

Beijing resident Steve Wang, whose 57-year-old mother was a passenger on MH370, says has no idea whether to believe the latest claims since the entire investigation has been shrouded in mystery.

“They should give the next of kin more information,” he tells TIME. “Because until today they have not given us any information from the investigation — they have given us nothing.”

Captain Desmond Ross, an aviation expert with three decades experience as a pilot, agrees there has been a distinct lack of transparency and says that many pilots plot unusual courses on home flight simulators for legitimate reasons. “I think there is a lot of information being withheld from the investigation,” he says. “I’m sure the Malaysians are withholding information.”

On Friday, representatives from China, Malaysia and Australia announced that the ocean floor search will be suspended upon completion of the searching of the final 10,000 sq. km of the 120,000 sq. km primary search area. More than two years of combing the seabed has not turned up any sign of wreckage in that area, although debris believed to belong to the errant Boeing 777 has washed up on the coastlines of Reunion Island, Mozambique, Mauritius and South Africa.

“I’m very disappointed,” says Wang of the decision to halt the $135 million search operation. “The three countries promised before they would never stop searching. I don’t know why they made this decision now.”

The current search area was based on data analysis by U.K. satellite firm Inmarsat, which has admitted its unprecedented calculation was merely an estimate and couldn’t be corroborated. Captain Ross says thinks investigators should have handled the investigation in the time-honored fashion and started the search from the last definite point of contact. “I don’t think they are searching in the correct area,” he says. “And I don’t believe the suicide theory at all. But it’s politically convenient.”

Wang agrees. “All the next of kin doubt whether the current location is correct as its made by a calculation rather than based on evidence,” he says. “I don’t think they are searching in the right place.” 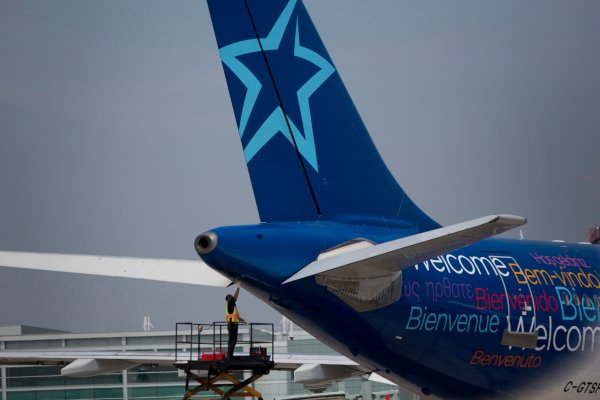 Air Transat Pilots Arrested in Scotland on Suspicion of Being Drunk
Next Up: Editor's Pick