Chinese dredging vessels purportedly in the waters around Mischief Reef in the disputed Spratly Islands in the South China Sea in this still video image from a P-8A Poseidon surveillance aircraft provided by the U.S. Navy on May 21, 2015
Handout/Reuters
By Charlie Campbell / Beijing

The Association of Southeast Asian Nations (ASEAN) released a watered-down joint statement regarding territorial disputes in the South China Sea on Monday, neglecting to refer to a recent court ruling against Beijing, following pressure from China.

Foreign ministers from the 10-member bloc met in Laos — the first time of such meeting since the U.N.-backed Permanent Court of Arbitration in the Hague ruled emphatically in favor of a complaint launched by the Philippines against Beijing.

China has decried the ruling as a farce, and vowed to ignore the court’s decree that Beijing’s so-called nine-dash line, which claims around 90% of the South China Sea, has no legal basis. The Philippines originally wanted the ASEAN communiqué to cite the Hague ruling, but Cambodia objected, leading to days of deadlocked negotiations. In the end, Manila dropped its demands and a joint statement was published Monday.

“We remain seriously concerned about recent and ongoing developments and took note of the concerns expressed by some ministers on the land reclamations and escalation of activities in the area, which have eroded trust and confidence, increased tensions and may undermine peace, security and stability in the region,” the ASEAN statement said.

Other than the Philippines, ASEAN nations Vietnam, Malaysia and Brunei are locked in separate disputes with Beijing over contested rocks and reefs in the busy trade corridor, through which $5 trillion of cargo passes annually.

Although officially resolved, the deadlock highlighted the ineffectiveness of ASEAN as an institution, as well as China’s growing clout over the region. Cambodia has no claim in the South China Sea and relies heavily on China for trade and investment. In 2012, a joint communiqué on the dispute was similarly blocked by Cambodia, and other members such as Laos and Malaysia are perceived as weak on the South China Sea issue due to Chinese pressure.

“ASEAN is a multilateral body and there are enough players that are either in Chinese pockets or just don’t want to be in the fight,” Bridget Walsh, a Southeast Asia specialist at National Taiwan University, tells TIME. “They have to prioritize their foreign policy and it’s certainly not sticking their neck on the South China Sea.”

On Monday, U.S. National Security Adviser Susan Rice arrived in Beijing for talks with Chinese officials in the highest-level visit by a White House staffer since the Hague decision, which Washington has backed and urged China to abide by.

“To the extent that we are able to surface those challenges in candor and openness, I’m confident that we will be able to work on them as we have many others in the past,” Rice said, reports the Associated Press. 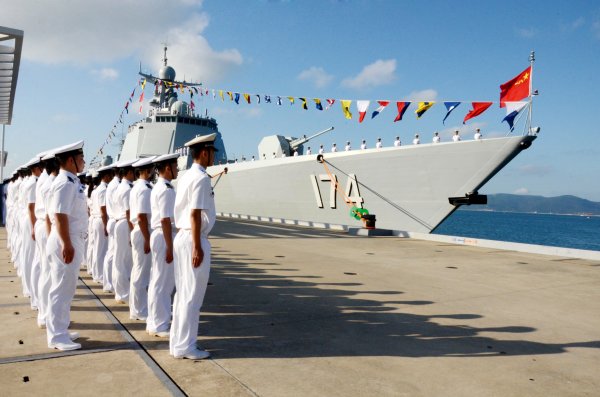 Why China Won't Listen to the U.S. on the South China Sea
Next Up: Editor's Pick