The first season of Unreal, which aired on Lifetime last summer, bloomed quickly and dazzlingly. The Monday night series, which purports to go behind-the-scenes of a television dating reality show, arrived at what seemed like the apex of popularity of The Bachelor and Bachelorette franchises—which, after years of plodding along on ABC, got a new lease on the cultural conversation thanks to social media. The show’s showy, unsubtle grasping at fitting all manner of hot-button issues—not just the ethics of reality-television producing but mental health and gender equity in the workplace—into an hour a week got attention from TV critics and savvy viewers, if not the public at large. And its placement on Lifetime, a channel associated in the public imagination with women-in-peril movies rather than sly commentary, made it a potential network-defining hit, the way Mad Men had been for AMC or Mr. Robot was becoming for USA.

But now, like a rose kept by a Bachelor contestant after her ouster, its petals are wilting. The show, which was recently nominated for Emmys for performer Constance Zimmer and for the writing of its pilot, has suffered more than just the typical sophomore slump. Season 2 has come to destroy the mountains of goodwill the show accrued in 2015. In its most recent episode, airing last week, the series glibly placed a black character in mortal peril by having him shot by a cop called by protagonist Rachel (Shiri Appleby), a development that happens effectively at random and with little apparent awareness on the part of the show on just how meaningful such a storyline actually would be. This comes towards the tail end of a season that’s wildly meandered through potentially promising plotlines, introducing new characters only to give them nothing to do and raising provocative questions about which it has no interesting answer. But this is nothing new for a show that was always more intriguing than good. Unreal isn’t aging poorly; it just wasn’t built to last.

As a show, Unreal is perhaps the prime advocate for a manner of discourse that’s less meaningful probing and more Issues Awareness. It puts forward wild situations of all kinds to show you just how bad the world can be (but darkly kind of fun too!) before skittering to the next topic. This season, Rachel and her higher-up Quinn (Zimmer) teamed up in an alliance to consolidate their power, only to have that power wrested away by a Men’s Rights advocate boss; the plotline basically just ended there as we briefly met a Black Lives Matter activist cast as a potential wife for a “suitor” seemingly based in part on once-controversial football player Richard Sherman. Then she left, too. What’s missing is less insight than any argument at all. The show’s creator, former Bachelor staffer Sarah Gertrude Shapiro, is clearly drawing from her experience in her depiction of life on the set of a show (called, here, Everlasting), and that aspect of the show is still, even now, interesting enough. The trouble comes in when the show pivots away from the manners in which producers manipulate contestants into emotional reactions in order to make you gasp.

There’s things that work in Unreal. Though Zimmer’s been underwritten this season, Appleby’s performance is among TV’s best, and a recent moment in which contestants took a romantic gondola ride and the camera pulled back to reveal that they were on a jerry-rigged boat on land, as an actor rowed the air, reminded me of the little ways that comments about the fakeness of all TV can earn a laugh. But the show will always be governed by a sort of chaos that a recent New Yorker article detailing the departure of co-executive producer Marti Noxon indicates extends to its production as well—a whipsaw refusal to decide just what story to tell.

The first season, I’d argue, lost its balance when an Everlasting contestant, deprived of her meds, committed suicide—it was the first of many developments with more heft than the show could bear. It’s not that there isn’t a show to make that could comment on various issues extending boundlessly outward from reality-TV at large. But that hypothetical show would need to treat its viewers with a bit more respect. Unreal relentlessly emphasizes its arguments with double-underlines and a highlighter—the producers aren’t just craven, they’d jeopardize their contestants’ health to the point of pushing them to suicide! They aren’t just racially insensitive—their hiring of a first-ever black “suitor” is freighted with the expectation of generating made-for-TV racist moments, up to and including a producer-engineered traffic stop ending in a shooting! The show is constantly shifting tones, but lack of thought the show put into its police-brutality plotline is outright disrespectful. Though its fellow hot-in-2015, exhaustively ambitious summer drama Mr. Robot is also struggling to find its way forward, I have more faith that that series takes the subjects it covers with some gravity.

The show styles its title as UnREAL, and that all-caps attitude has bled into every aspect of the show from its first moment. It’s beginning to seem more garish in a climate where The Bachelor and Bachelorette chug on, as normal as ever. Summer cable sensations like Mad Men and Mr. Robot have shown us worlds (retro advertising, hacking and high finance) we can only assume are as corrupt and decadent as we see onscreen. Unreal, juggling competing selling points of gleeful soapiness and earnest grit, is trying to convince us that producers on dating shows aren’t just cruel and depraved—sure, why not!—but that they successfully generate episode after episode of pulse-pounding drama that pushes viewer prejudices to their very limit, and that has a body count. Its brio carried it through a season, but that taught the show the wrong lessons; what works wasn’t the mania but the little moments in which Rachel subtly pushes contestants’ buttons. That was, for lack of a better world, real.

After all, The Bachelor, in our world, is a series most famous either for largely ending with broken engagements, for viewer tweets that often acknowledge the seemingly wine-soaked nature of the proceedings, or for giving its contestants job titles that sound fake. Viewers already know the show is a big put-on but love it anyway. A vision of the show as created by a mastermind to radically push forward the national conversation while giving us the craziest entertainment of our lives just doesn’t wash. Shapiro has found, in a hunky guy with a ring in his pocket, a straw man. 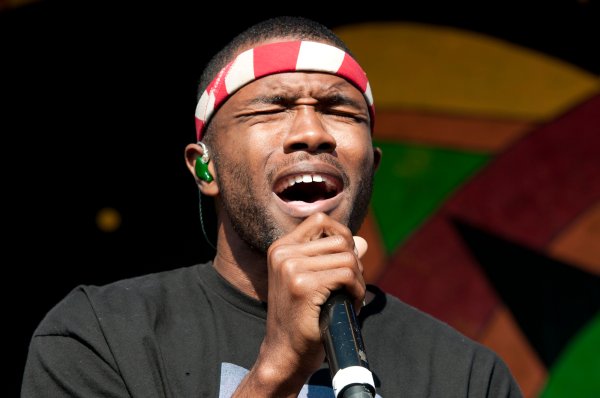 A Brief History of the Long Wait for Frank Ocean’s Next Album
Next Up: Editor's Pick