This Is What Russia's Doping Scandal Means for the Olympics

Inside the cramped storage rooms of Moscow’s antidoping laboratory, the crates of blood and urine samples are stacked to the ceiling, each one neatly labeled and sealed with a tamper-proof lid. The lab’s acting director, Marina Dikunets, lowers her voice to a solemn half-whisper as she shows a group of journalists around. What makes her especially uneasy is the small refrigerator in a corner of the room. Chained shut and padlocked, it contains the samples of 40 Russian athletes who tested positive for doping during the 2014 Winter Games in Sochi. “I try to stay as far away from that fridge as possible,” she says.

It’s hard to blame her. In the world of professional sports, these little bottles have come to represent a fundamental flaw in the system designed to guard against doping and, by extension, to maintain public trust in the integrity of sport. That trust has recently been shattered.

In a report released on July 16, the World Anti-Doping Agency (WADA) confirmed that the urine bottles are hardly tamper proof. During the Sochi Olympics, an agent of the Russian state security service, known as the FSB, was able to unseal these bottles, dump out the urine of athletes who had been doping and replace it with clean urine in order to fool the Olympic drug tests, according to the WADA report.

This trick was at the core of a state-sponsored doping conspiracy, whose discovery has forced the International Olympic Committee (IOC) to rule on July 24 that “all Russian athletes seeking entry to the Olympic Games Rio 2016 are considered to be affected by a system subverting and manipulating the antidoping system,” according to a statement by the IOC. That means all Russian athletes are considered tainted by the country’s antidoping system and that they would not be allowed to compete in the Rio Olympics unless they could convince their individual sports federations that they were innocent. Though that falls short of the total ban on Russian athletes that many antidoping officials had demanded, no Russian athlete will escape suspicion.

But the implications of the WADA report and the IOC’s decision go well beyond Sochi, Rio or even the world of Russian sport. WADA’s entire system of safeguards against doping relies on the impenetrability of these little bottles. Under the agency’s rules, each country’s antidoping authority is obligated to store them for 10 years, so that investigators can go back and check whether athletes had been doping during any of their competitions. Hundreds of thousands of these samples are stored in antidoping labs around the world, providing a legal record that was meant to be inviolable.

But as the WADA report discovered, these bottles are not so difficult to open after all. The chief author of the report, Canadian lawyer and investigator Richard McLaren, tried to repeat the trick that Russia’s FSB allegedly pulled off in Sochi, and he was “satisfied that the caps of the bottles can be removed.”

Read More: The High Cost of Being an Olympic Cyclist

The implications of that discovery are hard to overstate. In effect, McLaren’s report puts into question every medal ever won at an international competition. It means that athletes are no longer able to prove that their urine samples, locked away in storage rooms for years, had never been tampered with.

As Scott Blackmun, the head of the U.S. Olympic Committee, put it, “It is increasingly difficult to defend the current system following a breakdown of this magnitude.” After Russia’s ability to unseal the urine samples was first reported in May, Blackmun told the Associated Press that, “We are at a defining moment for international sport. He added: “Doping is a problem all around the world, not just in Russia.”

That had been clear well before WADA’s report on cheating at the Sochi Games. Athletes from Kenya, who have dominated the field of long-distance running for years, are also at risk of being banned from the Rio Games after 40 Kenyan athletes failed drug tests in the last five years.

Even in Brazil, the host country of this summer’s Olympics, the official antidoping lab lost its WADA accreditation in June because of undisclosed failures to conform with international standards. The lab was only allowed to resume taking blood and urine tests on July 21, two weeks before the opening ceremony of the Rio Games.

Amid all these scandals, Russian athletes often feel like they’re being singled out unfairly. “We’re being treated as total outcasts, made fools out of,” Yury Borzakovskiy, the head coach for Russian track-and-field team, told TIME in June.

The investigation into his sport, in particular, has brought an endless stream of embarrassment for Russia, forcing the government to admit that many of its athletes had cheated the system while denying any state-sponsored doping program. Asked about the role of the FSB at the Sochi lab, Sports Minister Vitaly Mutko tells TIME that he wasn’t aware of any secret agents being present, and he insists that Russia is doing everything possible to keep its athletes clean in the future.

On the advice of WADA, Russia may even need to hire a foreigner to lead its anti-doping laboratory, a move that Dikunets, the lab’s acting director, says she would welcome. “That might restore trust in us,” she says in a sad voice. “It will show that we’re open and clean.” But whether it will restore faith in the world of international sport is an open question, and the answer is not likely to come before the Games in Rio commence. —with reporting by Eva Hartog/Moscow 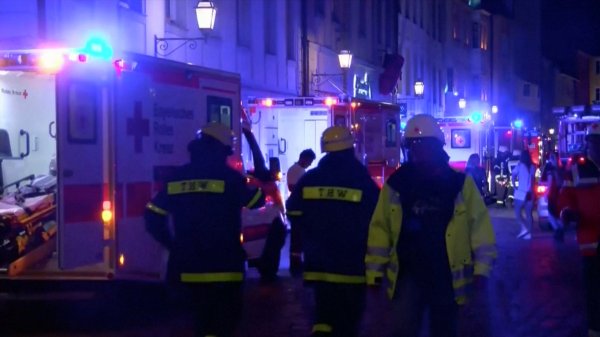