Police officers arrest a man close to a machete, front right, after an attack in Reutilingen, Germany, July 24, 2016.
Nonstop News/AP
By Melissa Chan

A Syrian man seeking asylum in Germany killed a woman with a machete and injured two others Sunday in an attack outside a bus station in the southwestern German city of Reutlingen, authorities said.

The 21-year-old assailant, whose identity was not yet released, was arrested after allegedly attacking a woman he was arguing with about 4:30 p.m., police spokesman Bjoern Reusch told the Associated Press.

The suspect, who fled after wounding another woman and a man, was known by police for previous violent incidents, the Guardian reports.

The incident follows Friday’s mass shooting at a shopping center in Munich, Germany, which left at least nine people dead.

There are no indications that Sunday’s machete incident was a terrorist act, Reusch said, according to the AP. 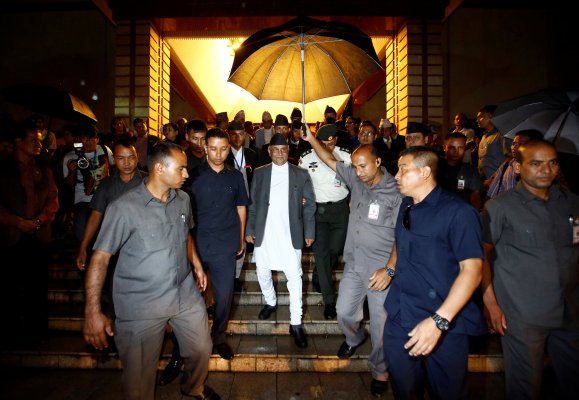