Michael Bloomberg Will Endorse Hillary Clinton at the DNC

Michael Bloomberg will endorse Democratic presidential hopeful Hillary Clinton and speak on her behalf at the upcoming Democratic National Convention, an adviser to the former New York City mayor said.

Bloomberg, who earlier in the election cycle mulled a possible third-party run for President, said he’ll support Clinton “from the perspective of a business leader and an independent,” Howard Wolfson, a senior adviser to the business mogul, told the New York Times.

Bloomberg, who was elected mayor of New York City as a Republican, has been vocal against GOP presidential candidate Donald Trump. He was in favor of Clinton’s choice of Sen. Tim Kaine for vice president, Wolfson told the Times.

Bloomberg announced in March that he would not run for President because his independent campaign had the potential to lead to Trump or Ted Cruz winning the White House. 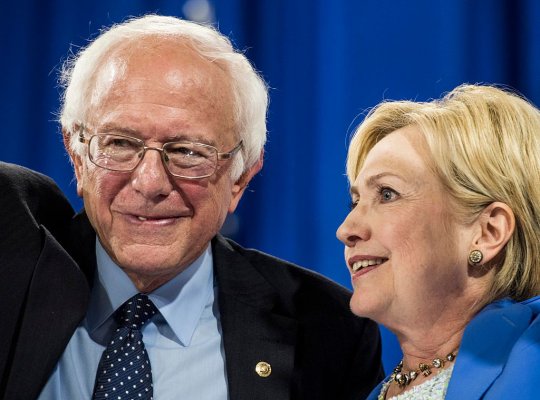 Bernie Sanders Calls for DNC Chair to Resign
Next Up: Editor's Pick