Why Germany—and the World—Is Arguing Over the Munich Shooter

People mourn near the crime scene at OEZ shopping center the day after a shooting spree left at least nine people dead in Munich, Germany, on July 23, 2016.
Johannes Simon—Getty Images
By Simon Shuster/Munich

Hubertus Andrae, the Munich chief of police, shook his head and let out a sigh when asked about the gunman’s politics. Not even a day had passed since a shooting rampage on his patch of southern Germany had left nine people dead, most of them teenagers. But the chief already felt confident enough in the investigation to dismiss any links to Islamic extremism. The young killer, a dual citizen of Germany and Iran who was born and raised in Munich, had an “obsession” with indiscriminate violence, Andrae said, and apparently decided to “run amok” outside the city’s biggest shopping mall.

Still, it seemed a bit early to call the case closed. When we spoke at police headquarters on Saturday afternoon, the chief conceded that his officers had not yet analyzed all the gunman’s computers and social media accounts. Nor had investigators been able to question all the witnesses of the rampage, one of whom told CNN that the gunman shouted Allahu Akbar – “God is great” – while firing his Glock into a crowd of people near a McDonald’s restaurant. Pressed on this point, Andrae was dismissive. “Even if he would have said this, it would not automatically indicate anything,” he told me. “Not everyone who uses this saying, which is now famous around the world, is automatically linked to ISIS.”

Clearly not. That phrase is an everyday expression of faith for many of the world’s 1.6 billion Muslims. But shouting it during a shooting spree is also a hallmark of Islamist violence, one of the few reliable signs that investigators have at a time when the very idea of what is terrorism and what is crime has become increasingly hard to pin down. That is the reality ISIS has helped create. In their propaganda, the group’s leaders have been happy to claim responsibility for any atrocity their death cult inspires, even when the perpetrator has had no discernible ties to the group other than the vague and virtual relationship often referred to as “self-radicalization.”

Germany has learned that lesson. On July 18, a young Muslim asylum seeker armed with an ax and a knife attacked a group of passengers on a train in the town of Würzburg, leaving five people gravely injured. In a video posted online, that attacker had pledged allegiance to ISIS, which in turn took responsibility for the bloodshed he caused, calling the 17-year-old axman a “soldier” of its self-declared caliphate. At least on an ideological level, the link to ISIS seemed as plain as it could be.

But in that case, too, German authorities were careful not to draw too clear a line between the perpetrator and any kind of Islamic extremism. Even after confirming the authenticity of the Würzburg attacker’s suicide video—in which he pledges allegiance to ISIS and vows to kill “non-believers”—Germany’s top police official would not qualify the attack as an act of terrorism. “It is in a grey area between a rampage and terrorism,” said Interior Minister Thomas de Maizière, using the German term Amoklauf—literally, “running amok”—itself a borrow from a Malay word, which normally refers to mass shootings and other attacks with no clear political motive.

There could be many reasons for this abundance of caution on the part of German authorities. For one thing, they may not want to play into the hands of ISIS, which has sought to convince the world that its reach is limitless exactly because it can inspire attacks without explicitly directing them. “We tend to focus on their messianic vision of killing the infidels, but in reality ISIS leaders are students of geopolitics,” says Michael Weiss, co-author of ISIS: Inside the Army of Terror. “The logic is dialectical: encourage or ‘inspire’ jihadi attacks; precipitate anti-Muslim backlash (which can take the form of simply everyone assuming that a mass shooting must be Islamist, even when it isn’t) and wait for the West to cannibalize itself.”

Read More: Why Germany Can’t Figure Out the Identity of Its First ISIS Attacker

That is exactly what Germany has been keen to avoid, especially in the wake of such shocks to the Western order as the British vote to leave the European Union last month. The day after the shootings in Munich, a senior member of Chancellor Angela Merkel’s party, the Christian Democratic Union, said the nation’s priority in the wake of the latest attack should be to stamp out hate speech, or as he put it, to avoid the “brutalization of language.”

“Regardless of what his motives or his personal disposition,” Volker Kauder, the head of the party’s parliamentary faction, wrote in a statement on the Munich shootings, “we have to pay even more attention to the fact that hatred and violence generally does not continue to spread in our society.”

But that focus on maintaining social harmony—rather than identifying criminal motives—has fueled a different sort of hostility. It has allowed the right-wing to accuse the establishment of whitewashing the facts of the case. On the evening of July 23, the U.S. news website Breitbart, which takes a hard line against immigration in general and the encroachments of Islam into Western society in particular, accused the BBC of attempting “to scrub any Muslim or Islamic heritage link to its coverage of the incident.”

The evidence seemed weak at best. While many media outlets in Germany and abroad identified the Munich shooter with the vaguely Arabic-sounding name Ali David Sonboly, the BBC referred to him in a tweet and other coverage as David Sonboly. “The BBC has gone to extraordinary lengths to try to keep any reference to his heritage out of its coverage,” Breitbart wrote, suggesting that this was all part of a mainstream conspiracy to brush aside any religious motives in the attack. (BBC has so far declined to comment. On its website, it names the attacker “Ali David Sonboly, or David S.”)

In Germany, the radical right has taken the conspiracy theory even further. One of the leaders of the anti-Islamic movement known as PEGIDA, which stands for “Patriotic European Against the Islamization of the West,” accused the German government and media of ignoring the “obvious” fact that the Munich shooting was an act of religious extremism. “The whole thing stinks to high heaven,” Tatjana Festerling, who has recently founded a new, pan-European movement against Islamic immigration, wrote on her Facebook page.

In reality, there seemed to be nothing obvious about the Munich shooters supposed links to Islamic radicalism. Even before the Munich police chief briefed reporters on the investigation Saturday afternoon, it seemed clear that the gunman was not a typical jihadi. For one thing, he ended his rampage by killing himself, which is forbidden under Islamic law. For another, his family hails from Iran, a Shiite Muslim nation that has been fighting the Sunni militants of ISIS ever since they declared their caliphate two years ago. A video posted online also appeared to show the gunman shouting “I am German!” during his rampage – hardly the slogan of a would-be mujahid.

These early indications seemed to square with what police found in the gunman’s apartment in the early hours of Saturday morning. Nowhere among his possessions did investigators uncover any Islamist literature, Chief Andrae said. Instead, they found a collection of books and articles about mass shootings, including the German edition of a book titled, “Why Kids Kill: Inside the Minds of School Shooters.” They also found signs that the gunman may have been inspired by Anders Behring Breivik, the right-wing radical who murdered 77 people in Norway during a gun and bomb attack in 2011. The Munich shooting took place on the fifth anniversary of those attacks, and for Chief Andrae, the connection between the two incidents seemed “obvious,” he said.

At least politically, this may have come as a relief for Chancellor Merkel and her government. Since the arrival last year of more than a million asylum seekers from the Muslim world—and especially since one of those asylum seekers went berserk last week on a train in Würzburg—Merkel has faced intense criticism for allowing so many foreigners to enter the country without much vetting.

Two Islamist rampages in the course of a week would not have helped Merkel to calm such criticism. So in the wake of the stabbings in Würzburg, her government tried to play down the fact that the attacker was a refugee. “You cannot say there is no connection between refugees and terrorism,”conceded de Maizière, the interior minister. “But the danger was high before and remains high, regardless of questions about refugees.” Though he is not a politician, the Munich police chief also took pains to point out that Friday’s gun massacre “had nothing to do with the refugee issue.”

This was obviously true: The gunman in Munich was born and raised in Germany. But was it equally obvious that he had no Islamist sympathies of any kind? Are police sure, for example, that he did not shout “Allahu Akbar” while gunning down innocent people? “That we don’t know,” the police chief told me. “We would need actual facts and background information to know the mindset, the demeanor of the person.” This early in the investigation, perhaps it would have been better to leave the preliminary conclusions at that. 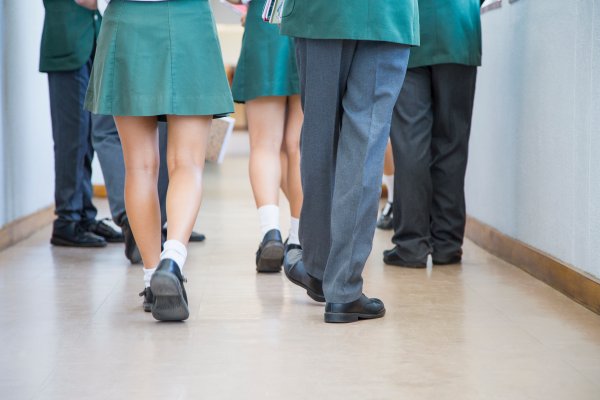