Benedict Cumberbatch has transformed into Doctor Strange. In a second trailer, released Saturday night at San Diego Comic-Con, the star of the trippy Marvel film finally seems to be mastering the magical arts. We see him training and, more importantly, putting on the red cape and beginning to employ his powers.

The trailer also offers an introduction to Mads Mikkelsen’s Kaecilius, who says simply, “I am death.” On the panel, Mikkelsen said that his character thinks he’s in the right.

Tilda Swinton also talked about her character, The Ancient One. Her character is Asian and male in the comic books, and some critics have called Swinton’s casting an example of whitewashing. Though Swinton didn’t address the issue explicitly, she did implicitly. “Who knows who will be the Ancient One? From the comics, the Ancient One is a title,” she said. “It can be any one of us.”

The panel also showed a scene from the movie. In it, a skeptical Doctor Strange interrogates the Ancient One about her scientific knowledge, until she forces him to have an out of body experience, literally. 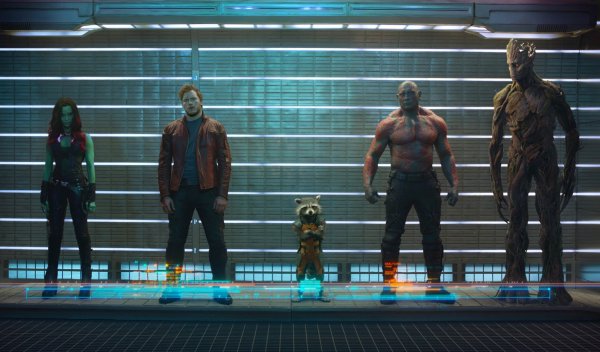 There's Going to Be a Guardians of the Galaxy Ride at Disneyland
Next Up: Editor's Pick