Four boys at a school in East Sussex, England wore skirts to school this week in protest after they were reprimanded for wearing shorts on a particularly hot summer day.

About 20 boys at Longhill High School in Rottingdean, East Sussex wore official school gym shorts instead of pants on Tuesday, the BBC reported. As a result, some were sent home and others excluded from classes.

Undeterred, four of them showed up the next day wearing skirts. Their protest grew when 10 more boys joined them the next day, according to the BBC.

“I have high standards regarding uniform, and today, in the warm weather conditions, these high standards have been challenged by approximately two percent of parents/students,” head teacher Kate Williams said, according to the Argus.

She said students had access to water to stay hydrated. 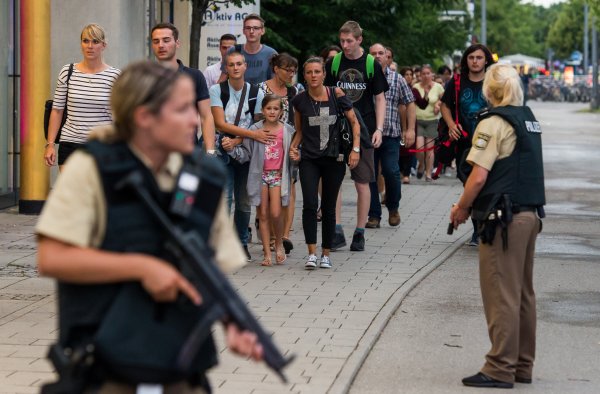 8 Dead in Munich Shooting
Next Up: Editor's Pick