Like any good drama, Game of Thrones‘ epic “Battle of the Bastards” episode raised more questions than it answered: Why didn’t Rickon zig-zag when he was running toward Jon Snow? Why didn’t Ramsay shoot Jon with that arrow instead of Wun Wun? What was Melisandre up to the whole time?

And perhaps most importantly, why didn’t Sansa Stark tell Jon Snow that she asked Littlefinger to deliver the knights of the Vale?

Sophie Turner, who plays Stark on the HBO drama, did her best to answer that all-important question during a Comic-Con panel Friday.

“Sansa didn’t tell Jon because she wanted all the credit,” Turner said laughing. “And it was a more dramatic moment when they show up, and it makes for better television.”

When she was asked during the panel whether Sansa thought Jon could rule, Turner expressed her doubts.

She was later booed for suggesting that Littlefinger should be on the throne, calling the potential plot twist “fun and quirky.” 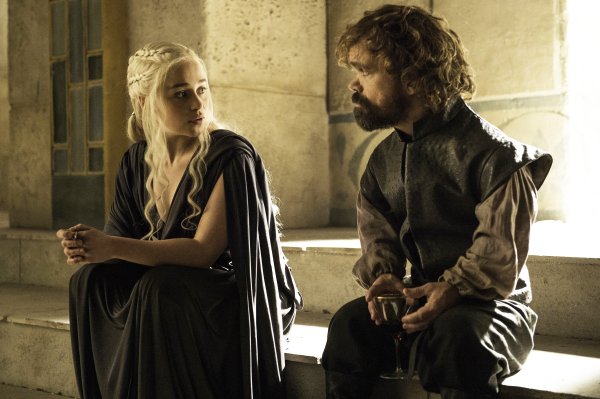 This 'Game of Thrones' Blooper Reel Is Truly a Gift from the Gods
Next Up: Editor's Pick