Presumptive Democratic presidential nominee Hillary Clinton has named Virginia Sen. Tim Kaine as her running mate for the 2016 election, ending months of speculation about her pick and setting the stage for a heated general election against Donald Trump and his running mate, Indiana Gov. Mike Pence.

The announcement, made on Friday night from Clinton’s Twitter account, comes a day before Clinton and Kaine are set to campaign together in Florida. Clinton’s decision to draft the mild-mannered Kaine is intended to help her consolidate support among white voters and bring a workmanlike partner with her into the White House.

“I’m thrilled to announce my running mate, Tim Kaine, a man who’s devoted his life to fighting for others,” Clinton said in a tweet shortly after 8pm.

Kaine is popular in the Senate, speaks fluent Spanish and was raised in the Midwest by an ironworker father, all of which give a Clinton-Kaine ticket a wider appeal in a general election. In her search for a running mate, Clinton was looking for a policy-minded candidate who gets along with her and former President Bill Clinton, and will be a close partner if she wins the White House. Kaine, long an acquaintance of the Clintons and an early endorser, checks those boxes.

But Kaine’s continued support for NAFTA and the Trans-Pacific Partnership in an election marked by deep skepticism of international trade deals will hurt his stock among progressives. And though Kaine may be a favorite to win over moderate white voters, backers of Vermont Sen. Bernie Sanders say that his recent support for reducing regulations on small- and medium-sized banks is a knock against him. Kaine personally opposes abortion but sees it as a personal decision, and has consistently supported funding for Planned Parenthood.

Still, Kaine is fluid in policy, well-respected by his colleagues and his un-flashy demeanor makes him unlikely to overshadow the former secretary of state and top of the ticket.

“I’m boring,” Kaine told NBC recently when asked about his vice presidential prospects. “But boring is the fastest growing demographic in the country.”

And that is what Clinton is looking for. “I love that about him,” Clinton said soon afterward.

The Virginia Senator was one of a handful of finalists for Clinton’s vice presidential pick, including Secretary of Labor Tom Perez, who has a liberal activist background, Secretary of Agriculture Tom Vilsack, and Ohio Sen. Sherrod Brown, one of the most liberal members of the Senate.

Kaine was raised in Kansas City in a Catholic family and often speaks of his time teaching alongside Jesuit missionaries at a vocational school in Honduras during his time at Harvard Law School. He worked as a housing rights lawyer and part-time law school professor in Richmond for more than 15 years before running for city council and climbing the political ladder. He was mayor of Richmond, then served as lieutenant governor to Mark Warner in 2002 and later as Virginia governor and chairman of the Democratic National Committee.

Clinton, who was said to be looking for a candidate with foreign policy experience, chose Kaine in part for his service on the Senate Armed Services Committee. Kaine has challenged President Obama and called, along with Republican Sen. Jeff Flake, for an authorization to use military force against ISIS. He supports a no-fly zone in Syria, something the President has not backed but Clinton does.

It remains to be seen whether Kaine’s name on the ticket will further stifle enthusiasm for Clinton among Sanders’ supporters. Many progressives had called for Massachusetts Sen. Elizabeth Warren to be picked. Clinton is betting that Sanders fans will support her against Trump at the Democratic National Convention in Philadelphia next week, and that come January 2017, Kaine will be her best ally in the White House.

-With reporting from Lissandra Villa 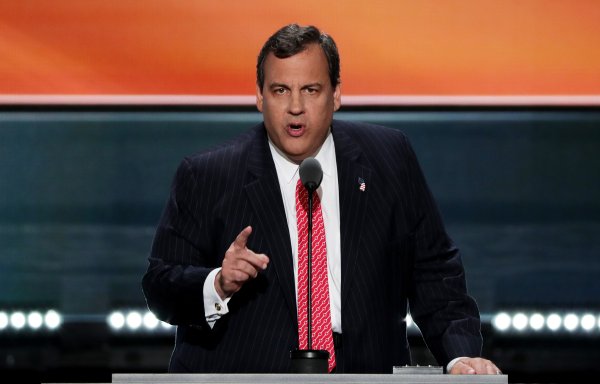