Why We Should Still Be Worried About Brexit's Impact

London Mayor and MP for Uxbridge and South Ruislip, Boris Johnson, arrives at Downing Street in London on May 11, 2015.
Carl Court—Getty Images
By Rana Foroohar

Some statistics matter more than others — especially in an economy being driven by central bankers rather than politicians. That’s my takeaway from the raft of conflicting data coming out of the U.K. post-Brexit.

The Bank of England surveys are telling us that the British economy has weathered the storm of the last two weeks, and that a majority of U.K. firms questioned had no plans to shift hiring or investments based on the decision to leave the European Union. Certainly, the markets are much calmer than most people expected they’d be at this point, with equities in many global markets back up to fresh highs and International Monetary Fund head Christine Lagarde admitting that the bank “got it wrong” by predicting post-Brexit disaster.

But there is a key piece of data pointing the opposite way. U.K. PMIs, otherwise known as the Purchasing Managers’ Index, show that the British economy is contracting at its steepest pace since 2009. That’s a big deal. PMIs are, for my money, one of the best economic indicators around, because they are forward looking — they reflect both things like factory output and new orders coming in, which tells you what the economy will be doing in a quarter or two from now. By that measure, the future is worrisome. Both output and orders registered their sharpest drops in the history of the data, and the decline in expectations amongst managers in the services industries were also the largest on record. That doesn’t necessarily mean a full-blown recession. In fact, the policy easing that will almost certainly come from the Bank of England throughout the rest of the year, despite its rosy report, will keep the pound low and thus help U.K. exports.

But the implications of Brexit don’t just play out in the markets — they play out in governments all over the world. As a report from PIMCO, the world’s largest bond trader, summed it up: “While [post-Brexit] volatility proved short-lived as markets focused on the expectation of additional central bank policy support, the exact implications of Brexit will likely unfold over several years. One thing is already clear: The outcome was a sign that simmering populist tensions are not simply fringe-party agitations but rather mainstream concerns that could have longer-term implications for both the Eurozone and the U.S.”

This will certainly be a topic for the G20 over the weekend. Will protectionism (which is on the rise by many measures, including tariff hikes and complaints to the World Trade Organization) and gridlock that have traditionally gone along with political populism derail the global recovery? The answer is quite possibly yes. That’s because partisan politics exacerbates the dysfunctional cycle by which governments are unable to pass real fiscal policies (tax and education reform, infrastructure spending, working training programs, etc.) that would address the underlying causes of slower global growth, leaving the central bankers of the world holding the bag once again. As many experts, most notably Allianz Chief Economic Advisor Mohamed El-Erian have pointed out, monetary policy can’t do much more to change economic fundamentals. And indeed, it’s become disconnected from the reality of Main Street. Just contrast the relatively good economic data coming out of the U.S. (which just released strong PMIs) with the record low interest rates and bond yields.

So what’s the problem with keeping rates low longer? It exacerbates the divide between the markets and Main Street. Low rates have cooked up a bubble in stocks (witness recent highs in equities driven by corporate stock buybacks fueled by cheap debt; this isn’t the kind of stock “boom” that you want). And there’s increasing evidence that it doesn’t have much benefit for the average individual — the Bank of International Settlement’s most recent annual report noted that even if interest rates went lower, into negative territory, “only a small percentage of households would spend more . . . while a similar percentage would actually spend less.”

The bottom line is that in the eight years since the financial crisis, nothing has really changed in the global economic paradigm. Rates remain low. Growth remains slow. Main Street is disconnected from the markets. That, of course, is the real underlying reason for Brexit — and whatever market implications are to come. 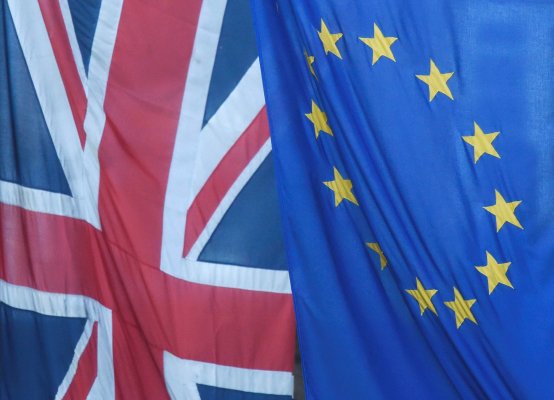 Is International Banking Getting Better or Worse?
Next Up: Editor's Pick