On Thursday, the e-commerce behemoth and bank Wells Fargo announced a partnership to supply some Amazon customers with student loans.

The bank will give a new interest rate discount—0.5%—to borrowers who are members of Amazon Prime Student, a subscription-based service for college students that costs half the price of regular Amazon Prime.

Wells Fargo explained the alliance as a marketing opportunity for the bank. John Rasmussen, head of Wells Fargo’s personal lending group, said in a statement that the company is “focused on innovation and meeting our customers where they are–and increasingly that is in the digital space.”

Rasmussen told Fortune that Amazon’s goal is to increase its Prime Student membership, while Wells Fargo wants to “communicate more broadly that [it’s] here to help” students and families pay for college. He said the program will enhance the discounts Amazon offers to students, and it will allow Wells Fargo to take advantage of Amazon’s access to college students. “Amazon, through all of their various channels and platforms, will promote Student Prime and its enhanced relationship with Wells Fargo,” Rasmussen said.

In a statement to Fortune, Amazon said simply that the program adds to the benefits it provides to Amazon Prime Student members. It’s “exited to extend this new offering,” according to the statement. But in fine print on the program’s Amazon.com landing page, the company is clear to distance itself from Wells Fargo: “Amazon is not a lender and is not affiliated with Wells Fargo. Amazon is in no way involved in the underwriting or origination of loans from Wells Fargo.”

Undergraduate borrowers usually take out private student loans only if they reach the federal loan limit. (There’s no cap for graduate students.) That makes the private loan market small compared to its federal counterpart, especially since it shrunk considerably in 2010, when the Obama administration overhauled the nation’s student lending system, forcing commercial banks out of the federal student loan market. (Though it has logged mild upticks in the past three academic years, according to College Board data).

Rasmussen acknowledged that other players have “backed away from this space,” but he said it’s been a “very consistent” business for Wells Fargo, with 3-5% growth every year. Student loans totaled $12.2 billion for the bank at the end of 2015, compared to $11.9 billion the year prior,according to its annual report. (By comparison, it had $60 billion in auto loans in 2015.) Wells Fargo is the largest bank by market value in the U.S. and the second-largest student loan lender in the nation behind Sallie Mae.

Amazon declined to disclose how many Prime Student members it has, but Rasmussen said the anticipated reach of the program is “in the millions.” 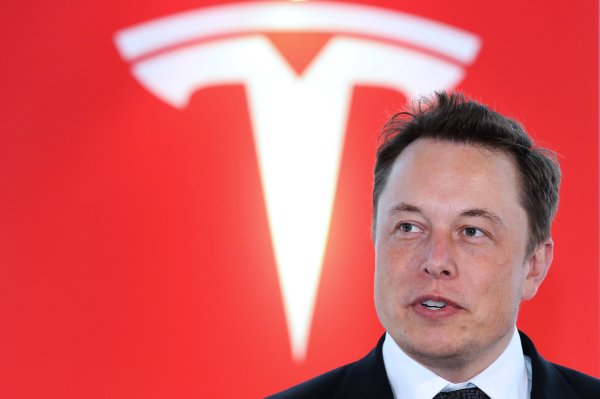 Elon Musk Just Unveiled His New Vision for Tesla
Next Up: Editor's Pick