As Ivanka Trump took the stage Thursday night at the Republican National Convention, “Here Comes The Sun” by the Beatles played throughout the Cleveland arena. But the estate of Beatles guitarist George Harrison was not supportive.

“The unauthorised use of #HereComestheSun at the #RNCinCLE is offensive & against the wishes of the George Harrison estate,” his account’s estate tweeted last night from the United Kingdom. Harrison wrote the Beatles hit song that was released on Abbey Road in 1969.

Harrison’s estate followed up with another rebuke of Donald Trump.

Rock band Queen also criticized the Republican convention for using its music. On Monday night, Trump appeared on stage with white lights silhouetting his figure while “We Are The Champions” blared. “An unauthorised use at the Republican Convention against our wishes – Queen,” the band tweeted.

A top Republican official said because the convention had paid to license the music, Queen had little recourse for the use of their song by Republicans.

Read More: Why Donald Trump’s Speech at the Republican Convention Was Historic 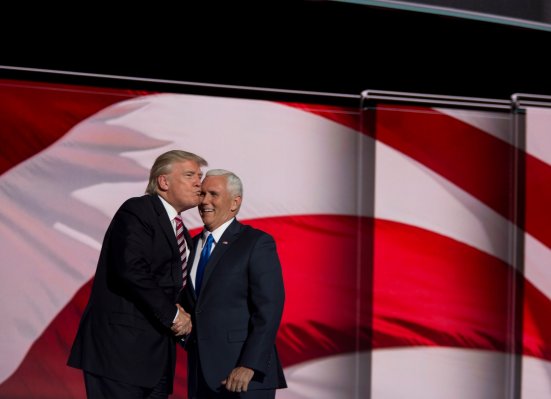 The Most Unexpected Moments of the Republican Convention
Next Up: Editor's Pick