McDonald’s New Zealand put on a creative build-your-own-burger campaign — only to find that people were taking, well, advantage of the customizable options to craft inappropriate, offensive, and just plain impossible sandwiches. (Yes, even sandwiches can be offensive when they’re given cringe-inducing names.)

It all started out innocently enough: touch screens were set up in participating locations, where customers could pick and choose their perfect burger ingredients at will. Meanwhile, a competition was set up online, where people could submit their custom burgers to the McDonald’s New Zealand site for public perusal site — and vote on the best ones.

Many customers were pleased with the process and their ensuing meals, and gave the recipes nice names like the “Hawaiian Hula.”

But then, as Metro UK reports, things started taking a turn for the worse when it came to the website part of the promotion. There were politically-incorrect puns like the Bernie Socialist Feast (just a top and bottom bun.) There were ridiculous requests like a massive stack of just lettuce (Bag of Lettuce), just buns (The Carbonator), and… nothing at all (Atheist’s Delight). Things got unsafe for work, too; you can see some of the more inappropriate concoctions in the screengrabs assembled here.

Now, it seems like the whole “Create Your Taste” digital campaign has been put on some kind of hold. The landing page exists on the McDonald’s site, but any attempt to actually move forward in the burger-crafting process just redirects you back to the home page.

The moral of this story? Nothing is safe online. Not even a simple hamburger. 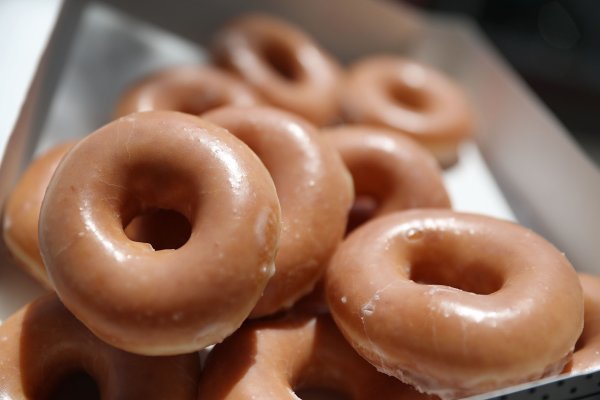 Brace Yourself for the New Krispy Kreme-Flavored Soda
Next Up: Editor's Pick