Former Fox News Anchor Will Write Book About Her Experience

The attorneys conducting an inquiry following Gretchen Carlson’s sexual harassment claims against Roger Ailes have reportedly reached out to women who’ve worked for the company in the past and currently, including Megyn Kelly, but former Fox News anchor Laurie Dhue says she isn’t one of them.

She’s planning to tell the story of her experience at the network, however. Her lawyer, Bruce Schaeffer, said in a statement that the former anchor “is in the process of writing a book in which she will candidly discuss her years at Fox News and her interactions and communications with Mr. Ailes and many other Fox News personalities, her involuntary departure from Fox News and her lack of success in continuing her career in the television news industry following her departure from Fox News.”

Schaeffer says the legal team has “not been contacted or interviewed by Paul, Weiss, the attorneys reported to be conducting the inquiry on behalf of Fox,” and notes that Dhue “does not intend to comment in the media.”

Dhue worked for Fox News from 2000 to 2008, and had previously worked for CNN and MSNBC. In recent years, she has spoken out about her struggle with alcoholism and became an advocate for addiction treatment. 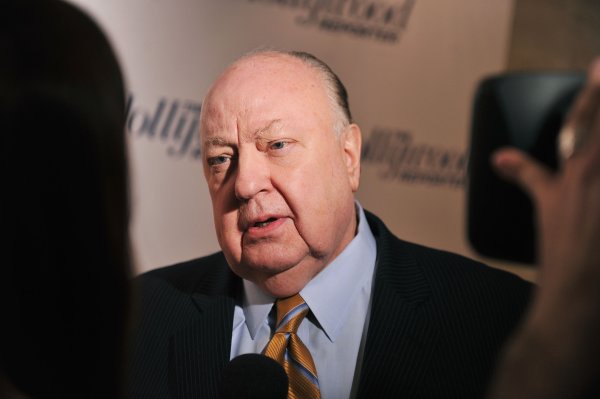 Roger Ailes Resigns From Fox News
Next Up: Editor's Pick