Demi Lovato and Nick Jonas are currently co-headlining the “Future Now” tour, but their history stretches back much farther than the tour’s June 29 start date. The two pop stars have been friends since filming Disney Channel’s Camp Rock nearly a decade ago, a shared experience that shaped them in unique ways.

In a recent interview with Billboard, Lovato — who has been outspoken about her struggles with addiction and eating disorders — dished on what it was actually like to grow up as a Disney Channel star, explaining that it has had a lasting effect on her personality. “We joked around that it was Disney High, except we all were shooting shows and really overworking,” she told Billboard. “I joke that I sometimes have PTSD after leaving the channel, because if my schedule starts to get too busy, I rebel and I get b-tchy…”

The pair also spoke about the self-imposed pressure they felt during that time in their lives. “I always wanted to be the next Shirley Temple, to be the youngest person to ever win a Grammy and an Oscar,” Lovato said. “It didn’t turn out that way. I don’t regret it, but I probably won’t allow my kids to get into the industry unless it’s on their terms.”

“I have really musical parents, and my dad was always encouraging, but the desire to get onstage and perform really did come from me,” Jonas added. “I’d never push my future children.” 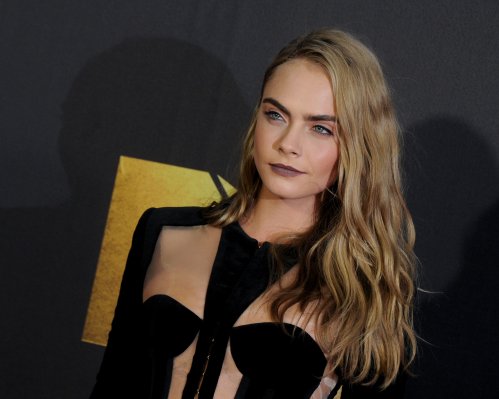 Watch Cara Delevingne Give a Woman a Wacky Buzzcut
Next Up: Editor's Pick