Is International Banking Getting Better or Worse?

A Union Jack flag flies next to the flag of the European Union in Westminster, London, on June 24, 2016.
Toby Melville—Reuters
By Rana Foroohar

Is the financial system getting better–or worse? It’s tough to tell given two contrasting trends evolving in the U.S. and Europe.

Here at home, Republicans have (amazingly) decided to endorse a return to the Depression-era Glass-Steagall separation of commercial and investment banking. This is notable in part because it corresponds to a similar position in the Democratic platform. Clearly, both parties feel a need to respond to the general sense of outrage about the divide between the fortunes of Main Street and Wall Street. As Jon Green, a spokesman for the Take on Wall Street coalition spear-headed by Senator Elizabeth Warren and supported by a variety of labor unions and non-profits put it, “Americans are still angry with Wall Street and the big banks, and with 75% of voters across the political spectrum demanding more accountability, both parties had no choice but call for restoring the Glass-Steagall firewall that is at the heart of ending too big to fail.” True enough. While Glass-Steagall isn’t a silver bullet for preventing financial crises, it speaks to a growing public awareness that banking is still too complex and geared toward serving itself rather than society and the economy as a whole.

But Republicans also favor rolling back the existing Dodd-Frank financial regulation. And Speaker Paul Ryan’s latest tax plan actually widens things like the carried interest loophole that benefits hedge funds and private equity, part of the shadow banking sector, which is where most financial risk has migrated over the last eight years.

More important, and little noted, is the fact that Brexit has provided huge new opportunities for regulatory arbitrage. Paris, Frankfurt, Amsterdam and other European capitals have launched into a vigorous competition to try to nab the lucrative European banking business that could very well move out of the U.K. post Brexit. At an event in Frankfurt last week, Andreas R. Dombret, a member of the executive board of the Bundesbank, the German central bank, said that barring an incredibly loose and tolerant interpretation of EU financial regulatory rules, “something that I can’t imagine or support,” it was clear that the bulk of European trading and clearing would have to move out of London and into a continental European banking capital.

No wonder then, that the French, Germans, and others are already vying to attract that business with proposals for looser taxes and regulation on banks. The Brits are playing the same game. Following a meeting with the heads of the world’s largest banks, including JP Morgan, Goldman, Citi, etc., George Osbourne, the British Treasury Chancellor, promised that “where possible, every measure will be deployed to constructively safeguard and protect” the UK’s financial services industry, announcing plans to cut the corporate tax rate from 20% to 15%. Reading about the meeting between the Chancellor and executives from the world’s five largest banks, I couldn’t help but think of the movie The Godfather. Given the desperation of public officials throughout Europe to please the banking sector, Lloyd Blankfein, Jamie Dimon and other financial CEOs may be, for the first time in eight years, in a position to make any number of offers that can’t be refused.

My fear is that this could start a regulatory race to the bottom, similar to the war for international IPO business between New York and the London in the 1990s. That would be a shame, given other positive emerging trends in capital markets, like the new calls from a coalition of U.S. business investors and financiers to end mandatory quarterly earnings guidance for companies, which often puts business in the position of having to meet short-term Wall Street expectations rather than focusing on longer-term strategies. The fight for banking business could also make it difficult for Theresa May and the British government during Brexit negotiations, which will include trying to come to the best terms not only for British capital, but for industry, and most importantly labor.

Globalization is, after all, commonly defined as the free movement of capital, goods, and people. I worry that once again, capital may have the advantage. 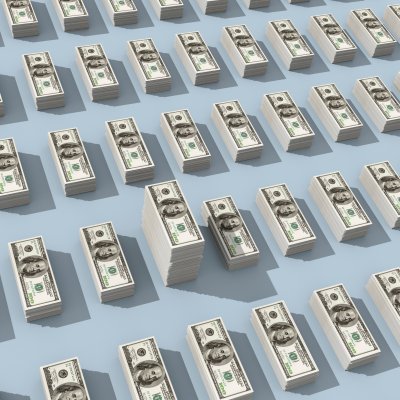 We're About to Live in a World of Economic Hunger Games
Next Up: Editor's Pick