Republican presidential candidate Donald Trump attends the third day of the Republican National Convention after securing the nomination on July 20, 2016, at the Quicken Loans Arena in Cleveland, Ohio.
Ben Lowy for TIME
Ideas
By Dov Seidman and James Stavridis
Seidman is the chief executive of LRN and the author of HOW: Why HOW We Do Anything Means Everything
Admiral Stavridis (Ret.), a TIME Contributing Editor, was the 16th Supreme Allied Commander at NATO and is an Operating Executive at The Carlyle Group. His new book is 2034: A Novel of the Next World War. His previous nonfiction book was Sailing True North: Ten Admirals and the Voyage of Character

The world has seen many failed alliances, from the League of Nations to the Warsaw Pact. We should all hope that NATO does not become one of them. And yet, with the European Union coming under fire from many corners, including the recent “Brexit” vote in the U.K., recent fears about the aggression of Russia in the Ukraine, criticism of NATO expansion, and Donald Trump even saying that NATO is “obsolete,” we’re seeing signs that the enduring fabric of the last decades of the Western world may be starting to fray. On Wednesday Trump told the New York Times that we should not respond to an attack on an ally unless we reviewed whether it had met its obligations to us: picture a budget-based review of Estonia’s contributions while Russian troops are pouring into the nation.

Ironically, healthy alliances are exactly what we need to manage the world’s increasing turbulence and danger. We are living in a time of unprecedented connectedness and interdependence, where even the protest of one fruit vendor in Tunisia can quickly ripple to envelope the world in instability. It is abundantly clear that in this time of great uncertainty, the United States still needs strong, capable allies. We need the support and cooperation of many nations around the world to continue to thrive.

At the very top of the list of our nation’s healthy interdependencies is our membership and leadership role in the North Atlantic Treaty Organization. Founded in 1949 and based on a treaty drafted in our nation’s capital, NATO has a formidable level of resources at its disposal: 3 million well-trained troops, almost all volunteers; 24,000 military aircraft; 800 ocean-going warships; and close to a trillion dollars of combined defense spending. It has conducted conventional combat operations extensively for decades in the Balkans, Afghanistan, Iraq, Libya and off the coast of East Africa against pirates. At one point several years ago, the alliance had more than 170,000 active-duty troops deployed on three continents. It is the richest and most capable alliance in world history.

But the heart of NATO’s importance to the U.S. is actually not what it can do, as powerful and impressive as its operational reach given the scope of its combat capabilities. The real importance of NATO is how it conducts its operations, and the values-based approach that underpins its origins and is reflected in its conduct today. Throughout the world and even within private enterprise, we are discovering the degree to which ethical governance, cultural respect and principled leadership affect performance. In the NATO alliance, we have a strong example of how important values are to any effective organization.

NATO’s charter is very clear and fully aligned with the Charter of the United Nations in seeking justice and peace in the world. In the preamble to the treaty, it says that the nations will “safeguard the freedom, common heritage and civilization of their peoples, founded on the principles of democracy, individual liberty and the rule of law.” Most important, of course, in Article 5 of the treaty, the nations pledge to support each other and treat an attack on any member nation as an attack on all. Like most documents that lay out profoundly important values, the treaty is modest and succinct: only 28 sentences long, and can be read in 10 minutes. Yet it creates a universe of vital shared values between the original 12 signatories, and the 28 nations who are part of it today.

The brilliance of NATO is that it’s not just about shared interests. Shared interests, which wax and wane, are not powerful enough to hold together an alliance over the long term in the face of unprecedented forces of disruption and destruction. Shared values, on the other hand, endure as a north star for otherwise diverse nations to find commonality. What was important in 1949, is even more so today—the economic, technological and social interdependence of the contemporary world means we rise and fall together, whether we like it or not. To the extent we can forge deep cooperation—healthy interdependencies—between nations, we will be better positioned to respond to the challenges that may seem local, but actually threaten the entire interdependent world.

An amoral strategy is unsustainable in an interdependent world, because interdependency is a moral reality. In a world in which any one individual can affect so many others so far away in ways—good or bad—he or she could not before, we have no choice but to connect, if not reconnect, with the norms, principles and moral values that guide constructive and sustainable behaviors. If we are in an interdependent world, then there is only one available strategy: we must embrace and forge healthy interdependencies. Healthy interdependencies, at their core, are not that complicated. They’re about how we treat each other and how we relate to others. They are about behavior that is based in values that animate and sustain human relationships.

The Article 5 provisions of the treaty have only been activated once in the many decades since it came into force: on 9/11, when the U.S. was attacked. It’s because of our shared values, more than our shared interests, that the nations are willing to embrace this serious commitment. The NATO response was both tactical, in sending assistance to our country in the days after the Twin Towers fell; and strategic, in attacking Al Qaeda and the Taliban who sheltered them in Afghanistan. Every one of the NATO member states joined the coalition in Afghanistan, and virtually all remain there with the U.S. today in the conduct of the ongoing training mission supporting the Afghan security forces.

NATO members have also acted together in stopping genocidal attacks in the Balkans in the 1990s, in protecting the people of Libya from assault by the dictator Gaddafi (under auspices of the United Nations Security Council), fought pirates to a standstill off the coast of East Africa, trained Iraqi troops to battle Al Qaeda in Iraq, and defended the borders of Turkey from potential Syrian missile attacks—all while maintaining strong deterrence from Russian aggression.

All of this has been done under the auspices of a governance system that is transparent, open to change and fully based on consensus decision making (no action can be undertaken without consent of every nation in the alliance, no matter how large or small). It is an organization that moves beyond the “advantage of the moment” and past simple integration into interdependency. This is only possible when parties of an agreement—be they nations, commercial companies, agencies of government or individuals—fully trust in the ethics and probity of the other parties.

By keeping an eye on its higher purpose, instead of just exploiting situational advantages, the alliance has created a movement a single slip-up can’t derail. That is the ethic of journeying. It provides strength and resilience by never taking its eye off the goal and continuing forward even when the path takes a sharp turn. Real leaders understand this, because real leaders are not afraid to lean into those curves. They keep going, enlisting and inspiring others to journey with them.

Is NATO perfect? Of course not. It makes strategic mistakes (not remaining engaged in Libya after the death of Gaddafi allowed that nation to sink into chaos); likewise it has made operational missteps (failing to move quickly against the rise of ISIS); and it fails tactically at times (the terrible attack on the Doctors Without Borders hospital in Kunduz earlier this year). It also fails to equally distribute the burden of defense, with the U.S. spending $600 billion annual on defense as opposed to $300 billion by our European partners, despite the roughly comparable size of our economies (although worth noting that European spending is greater than Russia and China combined, and thus the second largest defense budget in the world taken in the aggregate).

But we should not use NATO’s shortcomings as an excuse to disconnect. Trying to disconnect to avoid exposure in a connected world is a misguided strategy. If you do that, how will you create value and get anything done? The right strategy is to deepen and strengthen all our connections. It is our responsibility to foster coalitions, even with competitors, as we eschew zero-sum competition in favor of the true ideal of the word, derived from competere: to strive together.

Compared to any other strategic partnership option for the U.S., NATO remains a very potent ally: essentially the partner of first resort. And this is not only because of the obvious capability and resources that NATO members collectively brings to the table. The real heart of the bargain is working with partners that share our beliefs and values: democracy, liberty, individual freedoms, rapid innovation, ethical and moral responsibility. Looking forward, the best way to react to the changes in the world that are beginning to cause some friction around the alliance is to continue find new ways to live and defend these values. We should recommit ourselves to pursuing strong, healthy interdependencies, rather than passively watching as our interdependence impacts us in ways we cannot influence.

We need partners who will stand with us in how we conduct ourselves in the world, not simply for what they bring to the table. Those are the partners to have, and we should hold them close in this interdependent and chaotic modern world—for our benefit. 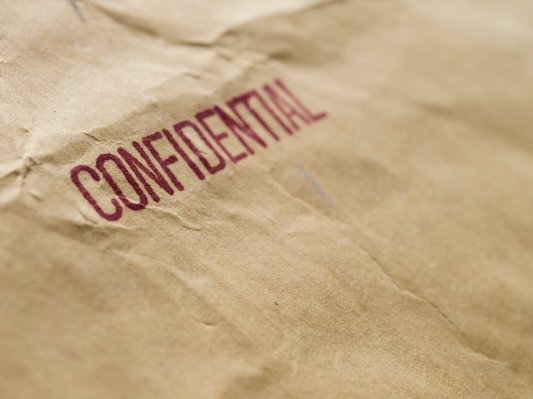 FOIA at 50: How American Views of Transparency Have Changed
Next Up: Editor's Pick