What to Know About Evangelical Leader Jerry Falwell Jr. Before His Speech at the RNC

Ted Cruz kicked off his campaign last year at Jerry Falwell Jr.’s Liberty University, and Bernie Sanders spoke there too. Now, a day after Cruz was booed off the Republican National Convention stage for not endorsing Donald Trump, Falwell will close out the convention.

It was not always clear Trump would earn Falwell’s support. Trump has had three wives, has espoused contradictory positions on abortion and uses rhetoric that turns off some religious conservatives. But since the lead-up to the Iowa caucuses this winter, Falwell has urged evangelicals to back Trump.

“We need someone other than a career politician,” said Falwell, the leader of the Christian university founded by his father, at a rally for Trump in Iowa in January. The pairing has struck many as unconventional, including Liberty University alums who said Falwell had sold his soul in his endorsement of Trump. But it is crucial for Trump’s candidacy. The New York billionaire must turn out voters in the religious right in Ohio, Pennsylvania and elsewhere to beat Hillary Clinton.

Correction: The original version of this story misstated Jerry Falwell’s and Liberty University’s role in the 2012 election. Neither endorsed a candidate. 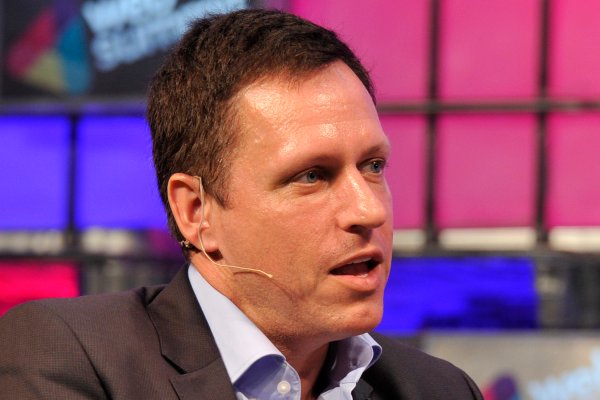 Meet the Silicon Valley Billionaire Speaking at the RNC
Next Up: Editor's Pick