Pakistani civil-society activists carry placards during a protest in Islamabad on July 18, 2016, against the murder of social-media celebrity Qandeel Baloch by her own brother
Aamir Qureshi—AFP/Getty Images
By Rishi Iyengar

Pakistan will move to ban so-called honor killings as soon as possible following the murder of a prominent social-media celebrity by her brother last week, the daughter of the country’s Prime Minister Nawaz Sharif said on Wednesday.

A bill to remove the provision in Pakistani law that allows a victim’s family to pardon his or her killer will be introduced on Thursday, Maryam Nawaz Sharif — a member of her father’s ruling party — was quoted as saying by Reuters. She added that the government wanted to pass the law unanimously, and are negotiating with religious parties in Parliament.

Honor killings, where individuals (primarily women) are put to death for purportedly disgracing their family and society, are a common occurrence in Pakistan, with about 500 women killed every year. The latest, that of social-media star Qandeel Baloch, has divided public opinion across Pakistan’s conservative society, much like the risqué photos and videos she became known for posting.

Baloch, born Fauzia Azeem, was strangled by her brother for posting pictures considered “shameful” on Facebook. He confessed to the killing earlier this week, saying she had brought “dishonor” to the family.

The bill will initially pass through a parliamentary committee and will be put to vote before the entire legislature in “a couple of weeks,” Maryam Nawaz Sharif added. 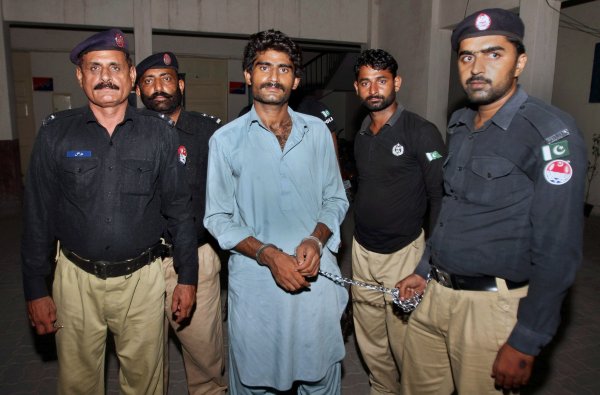 Pakistani Model's Brother Must Face Punishment
Next Up: Editor's Pick