In the “vision statement” with which you announced your candidacy, you used the words “flawed” or “flaws” to describe the UN four times in the first four sentences. What aspect of the UN’s work do you believe is in greatest need of reform?

I emphasize that fact to make clear that having a “perfect” UN is not a prerequisite to get results. Whoever becomes the next SG needs to be able to deliver in “imperfect” circumstances, while gradually improving the organization.

The reform is most needed in the peace building architecture and inclusiveness of the UN.

You’ve described the role of secretary general as “servant of the Security Council” while arguing that a “Secretary-General with the right temperament can help the Security Council reach agreement and can, once a decision has been taken, help keep the Council on side with how it is being implemented.” Please describe this ideal temperament.

The SG follows the Security Council’s directions in matters of peace building. But she or he has to be aware that she has 193 employers who define the possibilities and the boundaries of the organization. A good SG has to know many things: to be a leader, to be an administrator, to be a decision maker, to be a facilitator for other decision makers who often start from opposing position … But she or he also has to know One big thing – she/he has to care; care about the original goals of the UN and about the people whom it serves.

As a citizen of Croatia, what do you believe are the most important lessons the UN should take from its failings in the former Yugoslavia during the 1990s?

UN did many good and important things during the wars of former Yugoslavia in the 1990s. There were some failings. They showed the importance of better defining the mandate of the UN peacekeeping missions – the type of mandate – who and what you are facing; duration – how long you are staying; code of conduct – how do you act while there; and the exit strategy – when do you get out and what do you leave behind.

The one thing the UN and the next Secretary-General should avoid doing is setting goals that are overambitious in relation to available recourses.

You have spoken of “moral authority” as a tool available to the secretary general. How would you use this authority?

The role of the UN Secretary-General, as defined by the UN Charter, is very limited. Whoever gets elected, will have to earn the respect and authority in order to have influence that exceeds what is given by the Charter. It sometimes takes courage, sometimes compromise, but all of the secretaries-general who have made that position influential have done so to a large extent because of their own personality. 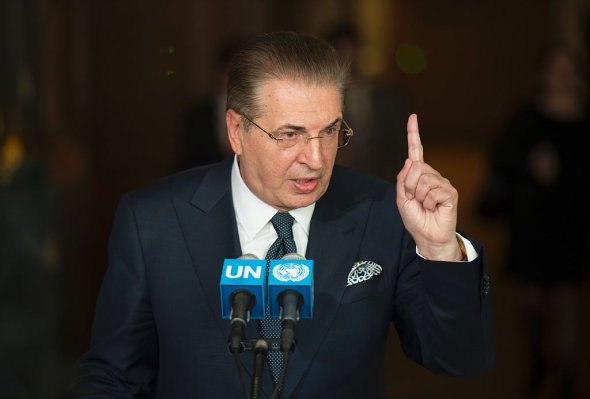