During an interview on The Howard Stern Show Wednesday, the singer discussed a cornucopia of things, weirdest of all that the singer was nearly cast as Jane Smith, one-half of the sexy married spy team movie that famously made Brangelina a thing in real life.

“I feel like I almost got it,” the singer told Stern. I went to a bunch [of auditions].”

The fact that Jolie was cast instead ultimately changed the course of celebrity history forever, and in the end, Stefani was more into her tunes anyway.

At least that’s not a totally weird factoid. But evidently, several high-profile actresses were considered, and back in April 2008, Stefani told Vogue that it all really came down to her and Jolie.

“It was between me and Angelina Jolie, and I’m like, ‘Oh, great. I got a shot here,” she told Vogue. “The whole acting thing really feels like something I could do. Whenever I’ve done it, whenever I had moments where it works, it’s just like performing. You hit a moment. And that’s what movies are: a series of moments.” 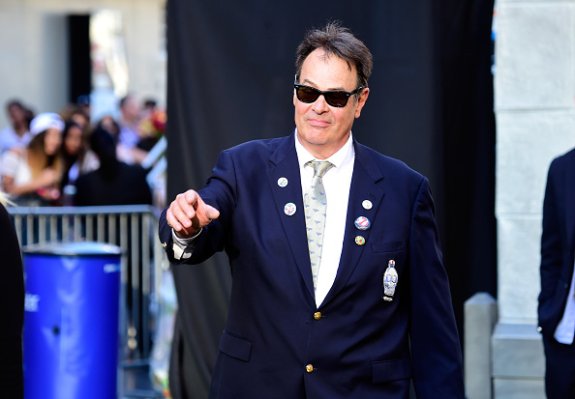 Dan Aykroyd Fires Back at Leslie Jones Twitter Haters
Next Up: Editor's Pick