Stephen Colbert: James Corden Is Not Taking Over The Late Show

Amid speculation that James Corden is in line to take over The Late Show, Stephen Colbert is doing his best to put those rumors to rest.

In between crashing the Republican National Convention stage dressed as Caesar Flickerman and reuniting with former Comedy Central colleague Jon Stewart, Colbert also recently found time to sit down with The Hollywood Reporter for an interview in which he was asked about his feelings regarding a possible time slot switch with The Late Late Show host. “All I can do is the best show I can,”he told THR. “The implication of that question is that the show isn’t good enough in its present position. So of course that makes you feel bad. But it doesn’t jibe with what I know about our show, so you recover.”

CBS Entertainment president Glenn Geller weighed in on the network’s late night schedule as well, explaining that although Colbert’s performance has been “uneven,” there is no truth to the idea that there is a switch in the works. “We have no plans to flip the two shows,” Geller said. “It’s really easy for people to pit the shows against each other. But they’re different kinds of shows, they’re different kinds of hosts. One was a known quantity to America, and the other was not. I don’t think it’s fair to compare the two and say, ‘Well, just because one show has this, why doesn’t the other?'” 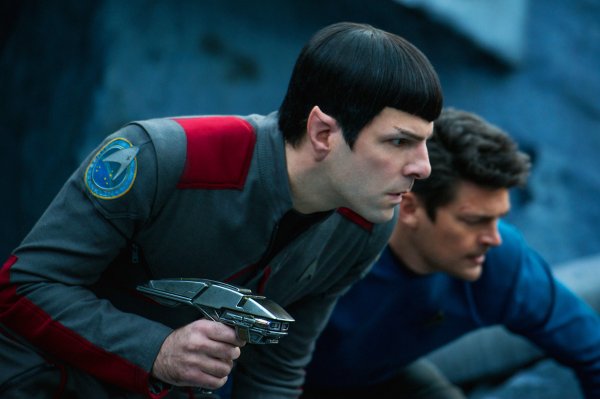 Review: Star Trek Beyond Is a Case Study in Interstellar Race Relations
Next Up: Editor's Pick