Selena Gomez Could Be Making Serious Bank On Her Instagram Fame

We’ve already crowned Selena Gomez the queen of Instagram, so it makes sense that the pop starlet’s social media ubiquity could translate into some seriously bankable moments.

According to a new report in AdWeek, Gomez is the number-one most-expensive social influencer right now, based on numbers provided by D’Marie Analytics, a network that measures, manages and monetizes social media. Speaking to Adweek, Frank Spadafora, the CEO of D’Marie Group, estimates that a social post from Gomez, who has partnered with major brands like Coco-Cola and Pantene, has an equivalent value of roughly $550,000, although it remains unclear how much brands are ultimately paying her for her campaigns.

And it’s worth noting that Gomez doesn’t oversaturate her profiles with advertising content, instead choosing only a few of the lucrative opportunities. Last December, Gomez and her cohort (Kendall Jenner, Taylor Swift, Cara Delevingne) could charge around $230,000 for social posts, according to the same outfit. That would mean the star has seen quite a spike in the popularity and price of social media marketing with celebrity mouthpieces.

“It wasn’t my goal to be the most followed person,” Gomez told The Hollywood Reporter about her astronomical social media fame; she insists that she curates her own content, and doesn’t have a social media manager. That might explain why, although statistically she’s the most influential person on social media, according to Spadafora, she’s “engaged in noticeably less campaigns than other celebrities.” 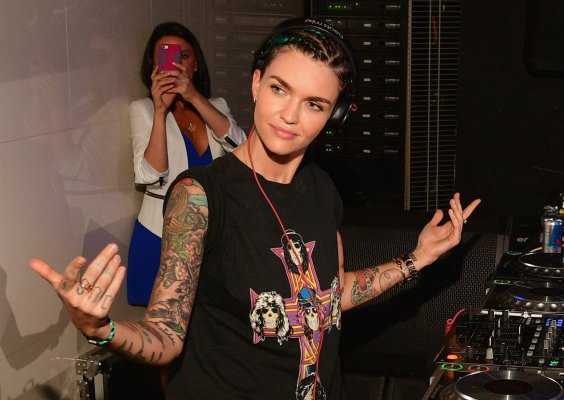 Ruby Rose Says There Will Be No Feud With Khloé Kardashian Over Taylor Swift
Next Up: Editor's Pick