Natalia Gherman, former deputy prime minister and minister for Foreign aAffairs and European integration of Moldova, speaks during a press briefing following the Seventieth session of Informal Dialogues with Candidates for the Position of Secretary-General at United Nations headquarters in New York on April 13, 2016. pres Gherman is one of the eight contenders who are taking the podium before the UN General Assembly's 193 nations to lay out their vision for the job to be the next secretary general. The hearings are part of a broad push for transparency in the selection of UN secretary general Ban Ki-moon's successor, who will lead an organization of 40,000-plus employees with a budget of $10 billion. / AFP / Jewel SAMAD (Photo credit should read JEWEL SAMAD/AFP/Getty Images)
JEWEL SAMAD—AFP/Getty Images
By Ian Bremmer

With the UN preparing to pick the next Secretary-General, TIME foreign affairs columnist Ian Bremmer sat down with Natalia Gherman, Modolva’s former Minister of Foreign Affairs and European Integration, who is putting herself forward for the job:

It is difficult to narrow down to only one important thing — leveraging the full potential of the UN requires action at several levels. This said, there is an urgent need to close the gap between countries to upgrade the level of cooperation and engagement among nations. Creating strong trust and collaboration, or at least reducing the current tensions among some of the main international actors, would be key for resolving conflicts, ensuring the respect of human rights and tackling the challenges of extreme poverty, growing humanitarian crises and climate change.

Management is an area that requires the utmost attention when it comes to reform. The UN system must be fully accountable and fit for purpose. Only when internal weaknesses, both managerial and operational, are addressed can the UN carry out its work to the standards that are required of it. Only with strong management, can the UN refine its tools of engagement, ensuring timely, coordinated and effective responses. I am determined to break the excessive compartmentalisation and force synergies, effective coordination and complementarity among UN entities.

If elected Secretary-General, I will press for a UN that is result-oriented, purpose-driven and truly global. We need a system of incentives that rewards the achievement of the true goals of the organisation. Duplications, redundancies and waste will not be tolerated. Mismanagement, abuse, and corruption will not be tolerated. I am determined to promote an Organization that values innovation and talent and which is open to reform. Only this way, we can have a UN that is fit for the expectations and challenges of today’s world.

How has Moldova’s recent history prepared you for the job of Secretary General?

As Foreign Minister of Moldova, I had only diplomacy and dialogue on which I could rely as I helped my small nation establish a place for itself in global affairs. I like to think we were successful: being situated between the West and Russia, I know first-hand the risks geopolitical tensions pose to developing democracies. My perspective is unique and allows to identify where the common ground exists between parties when others can only see the differences that keep them apart. I believe I demonstrated this ability while playing a role in the extremely complicated issue of Transnistria, which presents many of the features of intractable conflicts compounded with a geopolitical dimension, and while negotiating on behalf of my country the EU-Moldova Association Agreement. Serving my country for the past 25 years, including as Deputy Prime-Minister and Acting Prime-Minister, I contributed to Moldova’s transformation from a centrally-planned economy to a middle-income nation with a market-based system. I pressed for efficient management of the country’s finances, for streamlining the bureaucracy and for respect of human dignity and lead the foreign service in an environment of scarce resources in which we had to deliver with very limited means.

After Fueling Sudan's Revolution, Women Are Being Sidelined

The international community needs to continue finding common ground if we aim to tackle the challenges of growing inequality, extreme poverty, failing state institutions, lack of good governance and various humanitarian crises. My experience at the national level has provided me with direct experience in tackling most of these questions.

You have written that “Efforts shall be redoubled to empower [the] contribution and participation [of women and girls] as well as protect their rights and ensure their representation.” In concrete terms, what can the UN do to empower women and girls in societies where they face institutionalized discrimination?

Neither peace nor progress is sustainable in the absence of basic human rights. Therefore, I am determined to ensure that the respect of human rights is at the core of UN activities and programs. I will put people at the heart of our actions. The rights of women and girls will be central to this effort. No tangible economic progress can be achieved and no sustainable peace can be attained, if women and girls –over half of the world’s population- are left behind.

The UN system should focus on its comparative advantages ensuring efficiency and maximizing impact. The UN should aim at building complementarities and synergies with partners and not contend to do it all and at any cost, particularly in areas where it has limited expertise or knowledge. Sometimes, the UN System spreads too thin, trying to play a role in absolutely every aspect of the life of beneficiary countries. Establishing a clear sense of priorities and concentrating resources on truly delivering on those is the best way to be effective.

If elected Secretary-General, I will press for a re-tooling of the UN system to achieve maximum impact and minimum waste. Recognizing that the UN is only one actor, I would build new partnerships that leverage the knowledge of civil society, the private sector and regional organizations, to better deliver on our promise to leave no one behind. This is particularly relevant for reaching the Sustainable Development Goals and helping nations to emerge from conflict and natural devastation.

Who are the UN’s most important partners in the prevention of conflict?

Our primary partner is the people. If the citizens of the world do not believe in the usefulness of the UN, the organization would have lost its most important partner. However, if the people across nations and communities cheer for the UN, we would have the strongest collective force for positive transformation. Hence, the organization must engage and communicate with populations to win their support for its agenda for peace, development and dignity.

It is also important to note that people are structured and represented through their governments, communities, religious entities, and groups of interest. Hence, we have to ensure that all these actors are acknowledged and listened to in the pursuit of peace. At the end of the day, it is primarily governments that have the capacity to directly prevent conflict and to support the UN in preventing conflict, and a duty to do so. Regional intergovernmental organisations also have an increasing role and their involvement in conflict prevention should continue to grow.

Opinion, religion and community leaders can, and should, influence citizens towards a culture of peaceful resolution of conflicts. Women groups and civil society are important forces that should be fully leveraged in preserving the peace. 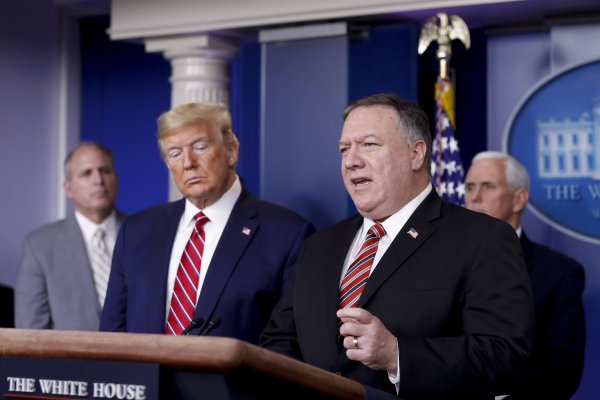