“Roger Ailes has made a remarkable contribution to our company and our country,” Murdoch said in a statement. “Roger shared my vision of a great and independent television organization and executed it brilliantly over 20 great years.”

Carlson’s lawsuit alleges that she was fired from the network for refusing to sleep with Ailes and for voicing objections to what she felt was a discriminatory workplace environment. More women have since accused Ailes of sexual harassment or inappropriate behavior spanning decades. Attorneys for Ailes have consistently denied the accusations, arguing Carlson’s contract was simply not renewed.

21st Century Fox did not mention the harassment suit in its announcement of Ailes’ resignation. The company pushed back earlier this week against reports that Ailes, 76, would be removed from his post. At the time, a spokesman for 21st Century Fox said an internal review of the lawsuit was “not concluded.”

“Within just two weeks of her filing a lawsuit against Roger Ailes, Gretchen Carlson’s extraordinary courage has caused a seismic shift in the media world. We hope that all businesses now understand that women will no longer tolerate sexual harassment and reputable companies will no longer shield those who abuse women,” the attorneys said in a statement. “We thank all the brave women who spoke out about this issue. We will have more to say in coming days as events unfold.” 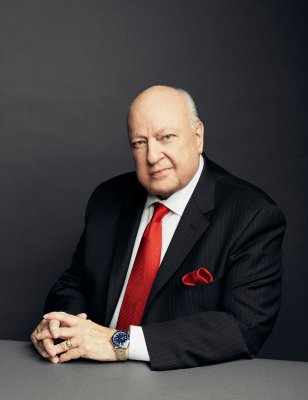 Fox News Will Be Just Fine Without Roger Ailes
Next Up: Editor's Pick