Viggo Mortensen and Matt Ross on the Fantasy of Perfect Fatherhood

In the opening moments of Captain Fantastic, a deer saunters peacefully through the woods of the Pacific Northwest, nibbling on leaves and looking effortlessly majestic. Six children, ranging from waist-high to the precipice of adulthood, surround the animal from all sides, breathing silently, their faces caked in mud. Suddenly, one pounces and fells the deer with a single mortal wound. Dinner: accomplished.

Understanding where your food comes from is just one of the values which Ben, played by Viggo Mortensen, tries to instill in his brood in the indie drama, which opened July 8 after a successful festival run and expands nationwide throughout July. Knife skills, burpees, the tenets of Marxism and the teachings of Noam Chomsky are just a few of the lessons in Ben’s off-the-grid, extreme home-schooling curriculum. But dramatic as an animal slaughter is, the real drama comes when Ben drives his family in an old school bus named Steve to the children’s mother’s funeral in so-called civilized America, where his parenting philosophies are perceived as a disservice, and even dangerous, to the children.

For writer-director Matt Ross, also an actor known for his roles as guru-worshiping Hooli CEO Gavin Belson on Silicon Valley and closeted would-be prophet Alby Grant on Big Love, the deer scenario is plucked, roughly, from the pages of his own childhood. Ross spent much of his youth in commune-like collective living arrangements with his brother and their single mother. “My mom slaughtered goats in front of us to show us our food source,” he says. “I think she was very much like this character in some ways. She was a seeker.”

Though his childhood served as an inspiration for the story, Ross was more focused, as he wrote, on parenthood. He took stock of the questions that preoccupy him as a father and gave them concrete answers in the form of Ben. “What do I want to pass on to my children in the very brief time that they’re going to live in my house? Whether it’s religion or how we eat, taking care of the mind, the body, what are we teaching them about the world?” Ross asks. “In a way, the father in the movie is a fantasy of myself.”

Rather than idealize that fantasy, though, Ross hones in on the rough edges of Ben’s would-be utopia—the oldest child, for example, having only interacted with his siblings, is hopeless when it comes to flirting. “[Ben]’s fighting rigidity, and yet he’s become rigid in his fight,” explains Mortensen. He loathes fascism but often denies his children freedom. He protects them from the perceived evils of capitalism but fails to protect them from completely avoidable physical harm.

Though the film’s title sounds like a reference to a superhero whose origins you can’t quite place, Ross doesn’t intend to lure unsuspecting comic book fans into theaters. “It’s not an accident that it sounds like a superhero movie,” he says. “It asks a question, which is: ‘Is he?’ He is a father who’s trying to behave in a superheroic manner, an extreme form of conscious parenting.”

Also arguably heroic: shooting a movie, in 39 days, that features rock climbing, martial arts and the gutting of animals—the cast gathered early for a kind of eclectic wilderness boot camp—with a gaggle of child actors, some of whom are restricted to working no more than five hours per day.

The upsides of this arrangement trumped the downsides. “You don’t expect children to deliver a performance,” says Ross. “But I don’t really want anyone to deliver a performance. Kids, they don’t know my career is riding on this, Viggo wants this to be good. Sometimes they’re not even acting. Charlie [Shotwell, who plays the youngest child,] picks his nose in one of the scenes. That’s not an acting choice. He just forgot the camera was on. That’s so beautiful.”

“People have this idea that some people are artists and other people are not,” says Mortensen. “Kids don’t think that way. All kids are artists.”

Captain Fantastic doesn’t take a side on the question of whether preparing one’s own meals, guts and all, qualifies as essential to conscientious parenting. But it might make you want to call your kid, or your dad, as Mortensen says audience members have promised to do immediately after exiting screenings. “Each kid you have is going to be a different situation and that kid is going to be different tomorrow and the next day,” he says. “It’s a game that moves as you play.” 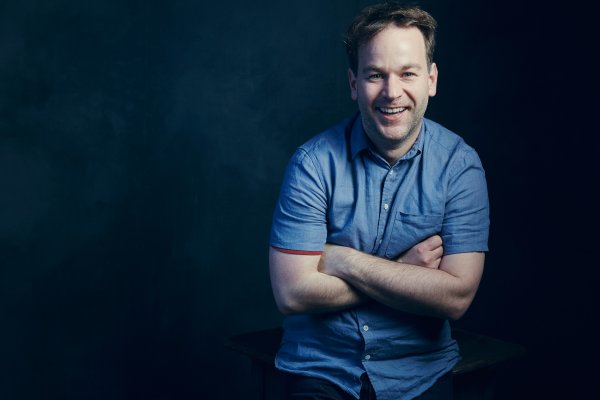 Mike Birbiglia Wants to Trick You, Then Make You Cry
Next Up: Editor's Pick