An Ohio university that was set to hold the first general presidential election debate has withdrawn from hosting the two candidates, citing mounting costs and security concerns.

Wright State University, which had boasted on its Twitter account of being the first to host a debate between the presidential hopefuls after the Democratic and Republican conventions, said on Tuesday it had to pull out of the scheduled Sept. 26 event.

“This is a very difficult decision,” Wright State President David Hopkins said in a statement. “But there has been a growing crescendo of concern about what it would take to guarantee the safety and security of the campus and the community. The expense would be daunting.”

Hopkins told WHIO that the university could not raise enough money to cover the estimated $8 million to host the event. He also said he had concerns for safety following the attack in Nice, France that left at least 84 people dead.

“I can’t assure the safety of our students and the community,” Hopkins told the news station. “I can’t dip into more reserves to do this debate. I wanted it so much for our students. I hate this decision. It hurts my heart.”

The event will move to Hofstra University in New York on Long Island, according to a statement from the Commission on Presidential Debates. Hofstra last hosted a presidential debate in 2012, the commission said. 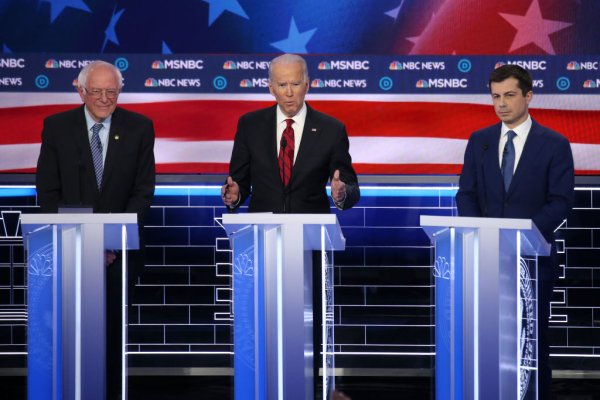 Here's What the Protesters Were Yelling to Joe Biden at the Nevada Democratic Debate
Next Up: Editor's Pick