Pennsylvania Mom Charged After Putting Her Kids in the Trunk of a Car, Police Say

This undated photo provided by the York County Prison shows Jessica Reger. Law enforcement officials accuse Reger of stuffing her children, ages 3 and 5, into the trunk of a red Corvette pulled over in Hanover, Pa. on July 10, 2016.
York County Prision/AP
By Mahita Gajanan

A mother in Pennsylvania was accused of putting her two young children into the trunk of a car and then riding around the town of Hanover.

The mother, Jessica Reger, 29, faces two misdemeanor charges of endangering the welfare of children and recklessly endangering another person after putting her children, ages 3 and 5, into the trunk of a red Corvette on July 10, police said. She was riding in the passenger seat when Hanover Borough Police pulled over the two-seat car after receiving a 911 tip from a person who saw someone stuffing the children into the car’s trunk, the Associated Press reported.

The driver, Ilena Blackburn, 28, was also charged with recklessly endangering another person, the AP reported.

The AP was not immediately able to reach attorneys for the women for comment. 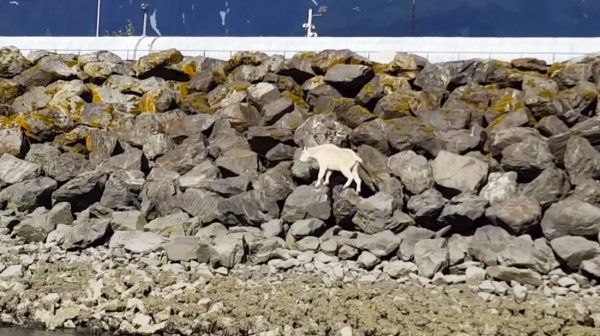 Alaskan Mountain Goat Dies Fleeing People Who Wanted to Take Its Picture
Next Up: Editor's Pick