The 4 Stages of Attending a Convention in One Photo

Alternate delegates and visitors watch with a variety of expression at the Republican National Convention in Cleveland, Ohio, on July 18, 2016.
Mario Anzuoni—Reuters
By Andrew Katz

There will be a lot of great images that emerge from the 2016 political conventions. This is among the first. Mario Anzuoni of Reuters captured four people expressing four very different emotions on the first day of the Republican National Convention in Cleveland.

Here are the four stages of attending a convention:

The woman holding a hat: You’re excited, or at least more than the people immediately around you. You’re an alternate delegate from Montana, according to your vest, and it’s the first day of the convention. A lot rides on what happens over the next few days. You could not be wearing more red, white and blue, but you’re willing to try the next day.

The man holding his breath: You’re glad to be here, as an alternate delegate, but seem preoccupied. The first day was exhausting, due to a little rumble and tumble. You won’t let it shake you though.

The man who’s asleep: You’re pretty tired. You’re on the Montana delegation and want to see your state shine. You told someone to wake you up when it’s your turn.

The woman reading a newspaper: You’re bored, it appears. We can’t really tell since there’s a broadsheet blocking your face. You’re not terribly concerned with the drama unfolding right in front of your eyes. Perhaps you’ll do the crossword next. 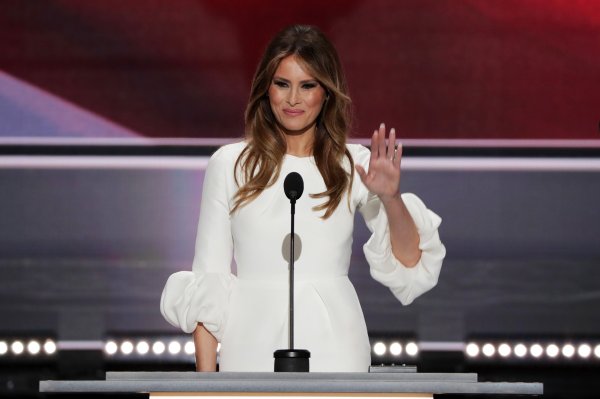