A mountain goat in Alaska jumped into the ocean and drowned while trying to escape crowds trying to take its picture.

The goat was spotted walking along the harbor in the city of Seward, a fishing hub that does not normally see wild mountain goats. The animals are more acclimated to steeper, less populated areas.

Alaska State Troopers received a report around 6:30 p.m. on Saturday that people were harassing the goat on the south end of the harbor. About a half hour later, they found out the goat had jumped into the ocean. Unable to climb back onto land because people were standing on the rocks, the goat drowned.

“Investigation revealed a large amount of people followed the goat towards the SeaLife Center on the rocks resulting in the goat jumping back in to the water,” the troopers said in a news dispatch. “It is imperative that wildlife is given adequate space to be able to leave a congested area like downtown Seward.”

The goat’s death comes amid several incidents of people interfering with wild animals. A dolphin in Argentina died earlier this year after beachgoers took it out of the water to take a selfie. In May, Yellowstone National Park officials euthanized a baby bison after tourists loaded it into their truck over fears it was too cold. 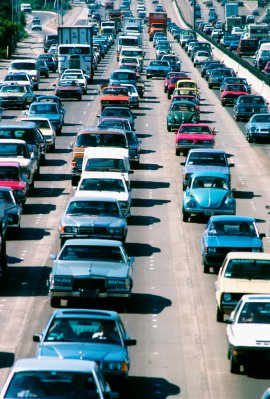 Study: The Serious Environmental Potential of Car-Sharing
Next Up: Editor's Pick