Yahya Abdumalik, a 14-month-old severely malnourished child held by his mother, Zayha Arouna, at a clinic in Madarounfa, a village in Niger near the Nigerian border on June 14, 2012
The Washington Post—Getty Images
By Casey Quackenbush

Boko Haram‘s onetime control over Nigeria’s northeastern Borno state has left an estimated quarter of a million children suffering from severe malnourishment, UNICEF announced in a report on Thursday.

Increased humanitarian access to the region has exposed the extent of the crisis, and UNICEF calculates that of the 244,000 children suffering from severe acute malnutrition in Borno, an estimated 49,000 will die if they do not receive treatment.

“Some 134 children on average will die every day from causes linked to acute malnutrition if the response is not scaled up quickly,” said Manuel Fontaine, UNICEF Regional Director for Western and Central Africa.

Borno has been plagued by violence from Islamic terrorist group Boko Haram, which declared a caliphate in northern Nigeria in August 2014 and came to world attention after the infamous kidnapping of hundreds of schoolgirls from a boarding school in Chibok. The Nigerian government say the group has been weakened as a military threat but it still poses a security risk, mainly through terrorist attacks.

“There are 2 million people we are still not able to reach in Borno state, which means that the true scope of this crisis has yet to be revealed to the world,” Fontaine said. 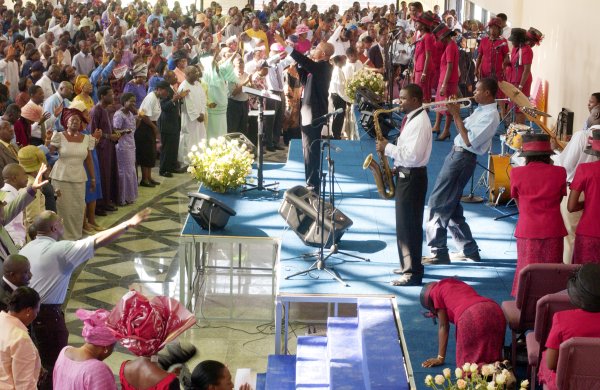 Lagos Shuts Churches for Being Too Noisy
Next Up: Editor's Pick