“I genuinely am humbled and honored,” White says. “It’s always been my passion and heart to break barriers for future generations.”

White is a longtime friend of Trump. She also has been active behind the scenes to gather groups of evangelicals and pentecostal pastors to meet him privately since 2011, when he was considering a run for the White House.

Lyndsay Keith, spokeswoman for the convention, told TIME that White was the first woman to pray at a Republican nominating convention. But Ruth Osborne, a commissioner of the Salvation Army, delivered an invocation in 1992.

White shared a copy of her prayer with TIME:

Correction: The initial version of this story did not note Ruth Osborne, commissioner of the Salvation Army, who led an invocation for the RNC in 1992. 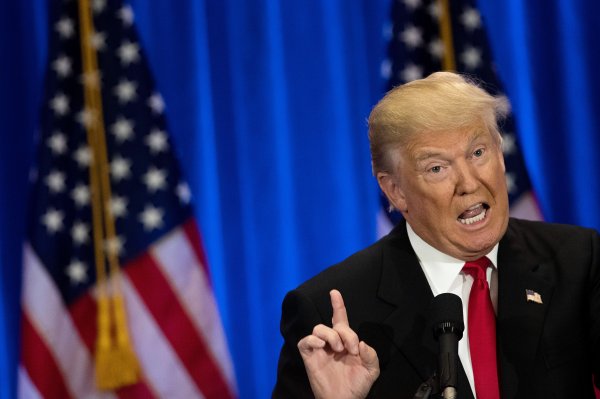 Trump Staffers Involved in Minor Accident
Next Up: Editor's Pick