Between filming her hit TV show Quantico and the upcoming Baywatch, starring in Indian blockbuster Bajirao Mastani, gracing a cover of the TIME 100 and being named the “hottest woman in the world” (while starting the world’s biggest armpit controversy), Priyanka Chopra has had quite the year. Celebrate the star’s 34th birthday with her best lines on everything from having it all to being like Beyoncé:

On her approach to life:
“I don’t believe in hope. I believe in taking charge of your life. I don’t think that we should say, ‘My life will change and be better.’ It’s important to work backwards: Identify what your goal is and work backwards and see what route to go from there.” (via New You)

On the pressure to be perfect:
“We are complete as ourselves, and our flaws make us unique. Perfection is boring anyway. As soon as you find and identify your flaws, there’s no one who can be like you.” (via New You)

On giving back:
“To be a philanthropist, you don’t have to be Nelson Mandela. You just have to look around you and ask, ‘What little bit can I do? Whose life can I touch?'” (via Glamour)

On competition:
“I always knew that I was someone with drive and I like to win. So no matter where I was, even when I was in a small town and I was in high school, I always liked to come first in competitions or debates or class and have the best grades, and I’m just competitive like that” (via InStyle)

On positivity:
“I speak up when I want to and instead of focusing on the naysayers, I focus on the millions of people who encourage me to take chances and do things that are different and not be afraid just because I’m a woman or because I come from a certain place.” (via Esquire)

On feminism:
“I feel that women need to have a voice. That’s the basic right of the women, and that’s global. When a woman says something, she shouldn’t be judged or silenced because she’s a woman… For centuries, women have always been told to be a certain way or behave a certain way, and it’s time women decide what they want themselves individually.” (via Cosmopolitan)

On embracing her heritage:
“Indians are awesome. We look for every reason for a party. We have so much fun. We are loud, boisterous, and we are family-oriented and we are super fun. It’s really cool to be Indian and it’s very important to own it. And not just Indian — whatever your roots are.” (via Cosmpolitan)

On destiny:
“I’m destiny’s favorite child, other than Beyoncé.” (via Complex) 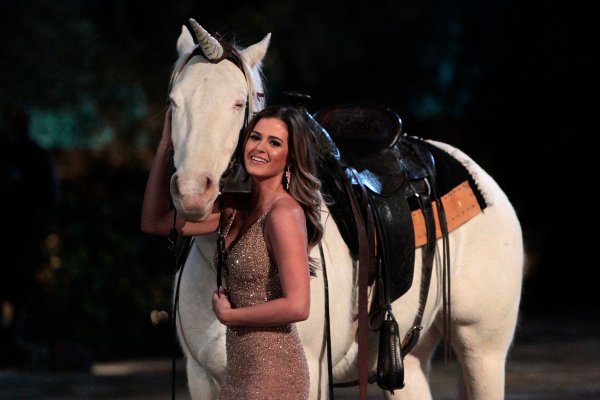 This Is Who Should Win The Bachelorette According to Astrology
Next Up: Editor's Pick