At Least 10 Injured After Axe Attack on German Train

A firefighter stands at a road block in Wuerzburg, Germany, July 18, 2016. Reports state that a man allegedly wielding an axe injured multiple passengers on a regional train in Wuerzburg.
Karl-Josef Hildenbrand—EPA
By Sarah Begley

A man wielding an axe and a knife attacked passengers passengers on a train near Würzburg, Germany on Monday, police said.

Bavaria’s interior minister Joachim Herrmann identified the attacker as a 17-year-old Afghan man in an interview on German television. The man apparently lived in nearby Ochsenfurt “for some time,” and it’s unclear exactly where he boarded the train. The police team that brought him down happened to be nearby responding to an unrelated incident.

Police do not yet know what motive may have driven the attacker, and say it’s too early to determine if he the incident was motivated by terrorism. The news comes only four days after a man driving a truck plowed through a crowd in Nice, France, killing dozens. 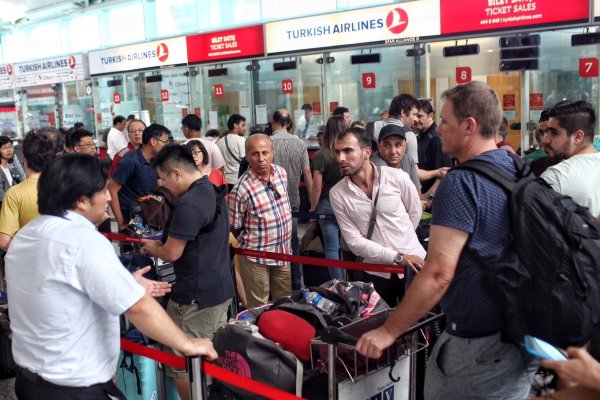