This Twitter Love Story Is a Digital Fairytale Come True

That’s certainly the case for newlyweds Jonathan O’Brien and Victoria Carlin, who can thank a series of serendipitous Tweets for their love story. Back in 2012, Carlin became enamored with the mysterious mastermind behind a quippy Twitter account for London bookstore Waterstones. So she did what any good millennial would do: she Tweeted at it.

The response was not necessarily encouraging:

But Carlin wasn’t ready to give up.

She pursued the connection, finally meeting the Twitter author in person a few months later after a bit of back-and-forth.

“It was easily the best first date I’ve ever been on (and hopefully the last first date I’ll ever go on),” O’Brien told Mashable. “I brought a book of The Wizard of Oz as a present because Victoria had mentioned to me how much she loves the film.” One thing led to another, and over the weekend, the two finally tied the knot.

And some things came full circle: the original Tweet that kicked off Carlin’s crush on the writer was actually about Pokemon…

… and O’Brien decided to play some Pokemon Go while waiting for his bride on his wedding day. And yeah, he Tweeted about it.

While their happily-ever-after is well on its way, however, it looks like a new chapter for Waterstones is just beginning:

So, romantics, here’s proof: there’s hope for us all, even in the digital age. 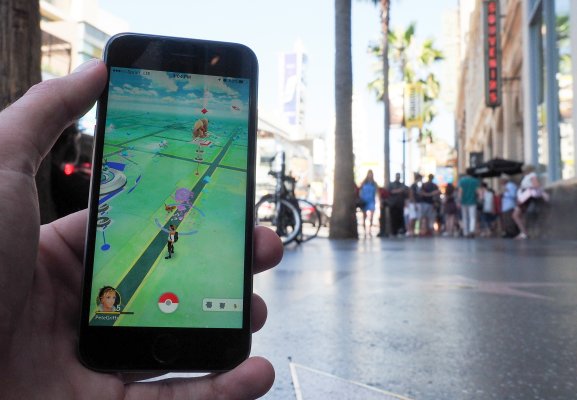 A Pokémon Go Player Totally Knocks Down a Competitor in This Hilarious Video
Next Up: Editor's Pick