How to Cope When the World Feels Like Total Chaos

But even as mass violence happens more frequently than in the past, it continues to cause overwhelm, distress and a range of other emotions as people try to make sense of the news cycle. (See: Why people react differently to terrorism.)

“People are feeling hopeless and like nothing is going to change, which is really sad to me,” says Joan Cook, a frequent TIME contributor and an associate professor of psychiatry at Yale School of Medicine, and an expert on post-traumatic stress disorder (PTSD). “I think for some people it closes them down.”

Cook says the tragedies around the world and on the news, “increases everyone’s general anxiety, sadness and anger.” An August 2014 study, for example, found that frequently being exposed to graphic violence is emotionally distressing, and stress is shown to cause a cascade of health issues from high blood pressure, to panic attacks, to nausea and muscle tension. (See also: Why some people aren’t as scared of terrorism.)

What are the healthiest ways to cope when the world feels as though it’s in total chaos?

Remember that you’re not alone.

Cook says it’s good to be reminded that it’s normal to feel hopeless about what’s happening around us. “We are emotional thermometers,” she says. “How can you not feel when you are watching and hearing what’s happening? It’s important to let people know they are not alone in that.”

What’s also important, is how we react. “I understand people wanting to numb the pain by staying in the house, drinking, or risky behavior,” says Cook. “That may be helpful in the short run, but not for the long term.” Finding other ways to deal with stress by talking to someone supportive or going on a run, can be helpful outlets. “One of the biggest predictors of successfully coping with stress is having a supportive network,” says Cook.

Know that it’s OK to tune it out for awhile.

It’s never been easier to stay constantly informed about what’s happening in real time, but that’s not always best for your mental health. A May 2015 study found viewing violent news events over social media was linked to higher scores on measures of PTSD. “Social media has enabled violent stories and graphic images to be watched by the public in unedited horrific detail,” study author Pam Ramsden of the University of Bradford said in a statement. “Watching these events and feeling the anguish of those directly experiencing them may impact on our daily lives.”

“Excessive watching of the news and reading about it in print or on the computer for people who are jacked up it doesn’t relieve their anxiety, it makes it worse,” says Cook. She says people who want to be informed should consider catching up in doses. “That’s 10 minutes a day or twice a day, not 10 minutes an hour,” she says.

Do things that make you feel healthy.

Doing something that you know makes you feel better, like getting enough sleep may be just as important as picking up new relaxing habits, like meditation. Even keeping a daily routine works. “You have to engage in the world, and it’s important to put familiarity and control back into your life,” says Cook. “Make sure you’re eating well and sleeping.”

Amid ongoing tragedy, finding healthy ways to deal with the emotional baggage can be small but meaningful action. “There will always be bad things happening, have something you’re working towards. I volunteer, and that makes me feel like I’m doing my part,” says Cook. “Try to stay grounded in finding meaning and purpose.” 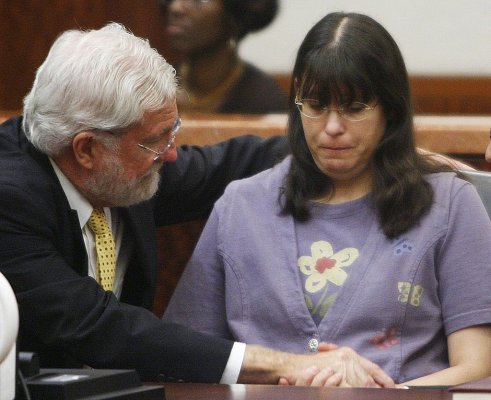 The Difference Between Postpartum Depression and Postpartum Psychosis
Next Up: Editor's Pick