Meet the Duck Dynasty Star Speaking at the Republican Convention

Willie Robertson, a reality TV star from A&E’s “Duck Dynasty,” is one of the primetime speakers at the Republican National Convention on Monday, part of presumptive Republican nominee Donald Trump’s unusual lineup of convention speakers.

“Duck Dynasty” is a reality TV show showcasing a Louisiana family that owns a duck-hunting business. The family is known for its conservative and religious viewpoints.

Robertson, an outdoorsman, serves as CEO of Duck Commander and Buck Commander, and is the New York Times bestselling author of “The Duck Commander Family: How Faith, Family and Ducks Built a Dynasty.”

On Monday, Robert tweeted about his first time at the Republican convention in 2008.

Robertson is known for socially conservative views, questioning whether being gay or lesbian is a choice. His father, Phil, suffered a backlash after a 2013 article in GQ quoted him saying he thinks homosexuality is sinful.

Phil Robertson endorsed Trump rival Texas Sen. Ted Cruz, appearing in a memorable ad during the GOP primary that featured the two of them hunting ducks. 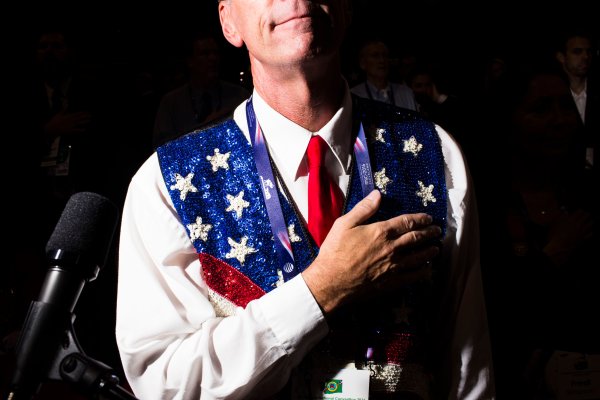 See the Fashion Trends from the Floor of the RNC
Next Up: Editor's Pick