An outbreak of gypsy moth caterpillars was so severe that defoliation was apparent in satellite imagery collected by NASA’s Aqua and Terra satellites on May 25, 2016 and June 26, 2016. Healthy forests appear green, while defoliated areas have a gray-brown tint.
Jesse Allen—NASA Earth Observatory; Gif by Marisa Gertz for TIME
By Maya Rhodan

The impact of a pesky bug in the Northeast U.S. is apparent in satellite images of forest areas taken by NASA.

The European gypsy moth caterpillar has taken a big bite out of New England’s hardwood forests, the images reveal. The caterpillar has enjoyed a population boom in 2016, and between May and June newly hatched insects have chomped away at the forests’ leaves. While wildfires cause significant destruction of the world’s forests, insects and disease also pack a mighty punch.

Scientists say two key factors have led to the of the caterpillar’s exploding growth: the decline of one of the gypsy caterpillar’s main predators, and dry seasons that have staved off pathogens that control the population of the fuzzy brown bug.

Though the bug is having a significant impact on New England’s forests this season, scientists are not currently worried they will experience “widespread tree mortality,” NASA said in a statement. 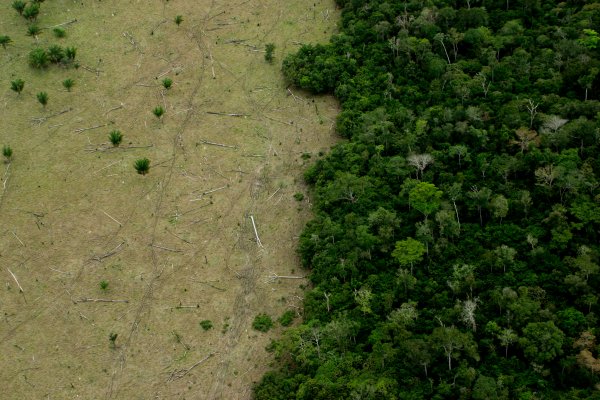 How Biodiversity Could Soon Harm Human Wellbeing
Next Up: Editor's Pick