The Internet loves nothing more than a good ol’ fashioned exposé, so when Kim Kardashian West revealed on Sunday night via her Snapchat that Taylor Swift indeed talked to Kanye West about his song, “Famous,” despite Swift’s claims otherwise, the web responded accordingly.

The hashtag #KimExposedTaylorParty started trending, while the Internet exploded with delight, horror and awe at the receipts that Kim produced as a result of a saga surrounding the song’s infamous lyrics (“I feel like me and Taylor might still have sex/ Why? I made that b–h famous”) The ensuing drama included Taylor publicly shading Kanye during the 2016 Grammys, some strongly worded Tweets from Yeezy, a GQ interview with Kim that warned us all of the coming storm, and of course, that notorious (and very naked) “Famous” video.

See the best, the worst, and the petty from the Kim Kardashian West exposé below.

Some people wanted us to remember that we need to give credit where it is due.

While some showed concern for Tom Hiddleston during this chaotic time.

Others hoped it was part of a conspiracy theory by all T. Swift feuds past.

And some noted the complex nuances of the Taylor/Kim K feud.

Still, some saw this as an opportunity for Kim Kardashian to put her reporting skills to good use. 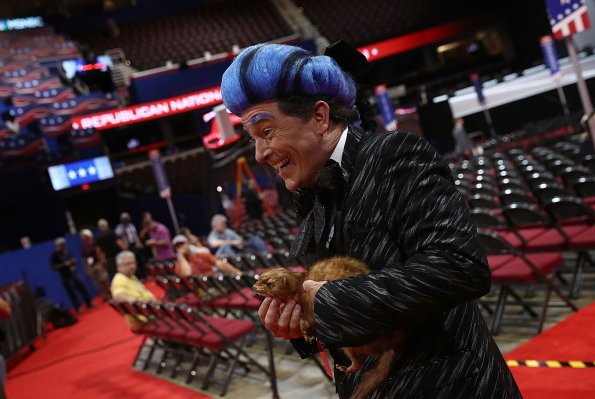