3 Things That Pokémon Go Says About the Future of Technology

Gamers play with the Pokemon Go application on their mobile phone, at the Grote Markt in Haarlem, on July 13, 2016.
Remko De Waal—AFP/Getty Images
By Tim Bajarin

It is hard to think of another app that has reached such high levels of awareness only a little over a week after its release. Pokémon Go is all the rage. All you need to do is spend any time in a public location to see herds of people walking around hunting for Pokémon. Whether this is a fad or not is hard to predict. One can make a strong argument the decades-old brand and large global following will keep this game around for a while. However, the idea behind this game is where we can spend time looking for trends.

So here are my big picture lessons from Pokémon Go.

Not AR, But Location Data

AR (Augmented Reality) plays a very minimal role in this game. The only time you use the camera for an AR experience is when you go to catch a virtual Pokémon. However, most gamers I talked to have turned this feature off to save battery life and make it easier to catch the Pokémon. This is not to downplay the AR part of the game and it is true it is giving many millions of people their first taste of AR. However, the big nugget to understand is how the geolocation data is the driver that makes this game interesting.

The game was built on many years of geocached data of real-world objects and locations from a game called Ingress, built by Pokémon Go developer Niantic Labs. This game uses Google Maps data and is extremely accurate for hyper-location and has a huge database of real-world objects submitted by players to make up the Pokéstops in Pokémon Go where players collect objects. Many of these objects are very close to each other in densely populated areas, so the idea is you walk from Pokéstop to Pokéstop with the game open using the mapping data to navigate to each stop and, hopefully, find and collect Pokémon on the way.

Without this massive database of user-generated location data, this game would not be what it is. Understanding this point is fundamental to the bigger idea. It’s interesting to think about how locations or destinations use this concept. Think about Disneyland, for example, having a mini-game inside the park and allowing people to collect Disney brand characters, battle for locations, or anything else they dream up as a virtual and augmented experience of physically being at one of their parks.

We have talked about location-based games for nearly a decade. To see the concept suddenly go mainstream is fascinating. There are lots of ways this can be used now that people really understand it in ways they did not before.

The other thing that sticks out is how much a good brand means. A good brand may be one of the most valuable things any company builds and, in this case, the Pokémon brand and intellectual property (IP) is what is causing this game to do what it is doing.

My takeaway from this observation is two-fold. First, watch companies with solid brands and IP to start thinking about location-based games in new ways. I mentioned Disney as a prime candidate, especially since it also owns Marvel. Here again, Nintendo seems oddly irresponsible to not be re-inventing its IP around Mario and other franchises in new ways to create new entertainment experiences for their brands. If this Pokémon Go phenomenon does anything to help Nintendo move out of the console era, then I’m all for it.

My hope, however, is these companies get creative. I do not want to simply see a Marvel character knockoff of Pokémon Go. I hope other firms come up with fresh thinking and new ideas that blend the physical and the virtual in new ways.

Blending the Physical and the Virtual

If this takes off, I think the interesting angle is when we weave these two worlds together. Specifically, when local cities, towns, destinations, markets, shops, restaurants and so on get involved.

There are already examples of stores using a Lure (a virtual object that lures Pokémon to a specific location) in order to get people to their retail locations. After posting a Lure, some restaurants I have talked to report business up as much as 25% as people try and find a Pokémon in or near these eating establishments. Now, cross this thinking with how stores may battle something like Amazon which does not have more than a couple of physical locations. Physical retail’s best tactic against Amazon is technology. Most retailers simply don’t use it effectively. This is the start of something interesting when local businesses can start taking advantage of blending the physical and digital in ways that online-only players cannot.

This is augmented reality perhaps in a way we had not considered before. Think about it as digital overlaying the physical with graphics and adding location and geodata in new and creative ways. It’s hard to predict where this goes. But we are clearly seeing a social movement here in ways we had not before. 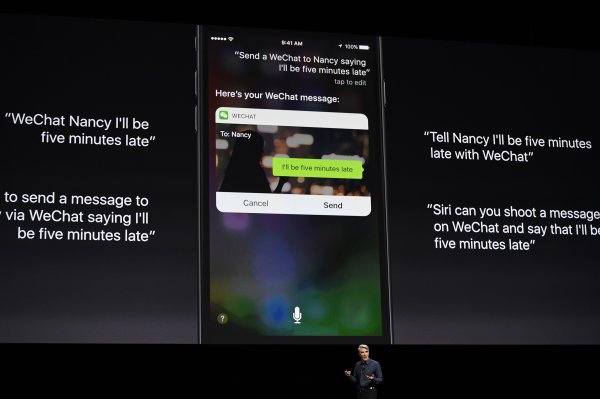 Why Siri Is So Important for Apple
Next Up: Editor's Pick