A Florida man fired a gun at two teenagers over the weekend while they were playing Pokemon Go in a car outside of his home, authorities said.

A 19-year-old Palm Coast man and his 16-year-old friend told police that they were confronted by a man who came out of his home and opened fire on them as they were sitting in a vehicle about 1:30 a.m. Saturday.

The teenagers, who were shot at “several times,” were not injured and said they sped away as soon as they heard gunshots, according to a statement from the Flagler County Sheriff’s Office. They said the car they were in had a flat tire and bullet holes in the rear tire, hubcap and fender after the incident, which is under investigation, authorities said.

The homeowner, whose identity has not been released, told police he approached the vehicle while armed with a handgun and ordered the driver not to move. The Flagler County Sheriff’s Office said the man fired the gun after the vehicle accelerated toward him. It’s unclear if any charges were filed.

The popular smartphone game, which tasks players to walk around “catching” Pokemon, has led to multiple crimes and injuries. A Pennsylvania teenager has been hospitalized after being hit by a car while playing the game, and two men had to be rescued after falling from an ocean bluff while gaming in California. 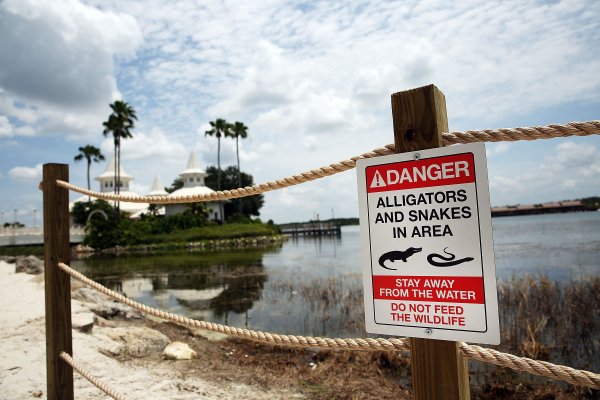 Disney Worker Fired—Then Rehired—After Tweet About Alligators at the Park
Next Up: Editor's Pick