Pakistani model Qandeel Baloch was strangled to death by her brother in an apparent “honor killing,” police said on Saturday.

Police spokeswoman Nabila Ghazanfar said Baloch’s parents told investigators that one of her brothers strangled her while she slept at the family’s home in Multan on Friday, according to the Associated Press. She had argued with her brother Waseem earlier that day over money issues and provocative photos she had posted, according to Reuters.

“Apparently, it is an honour killing, but further investigations will reveal the real motives behind this murder,” Ghazanfar said, according to Reuters.

Baloch, whose real name was Fauzia Azeem, was known for being a social media celebrity who challenged conservative norms. She drew criticism recently when she posted photos of herself with a Muslim cleric. She said they drank soda and smoked cigarettes during Ramadan’s daylight hours, which is when practicing Muslims typically fast, the AP reported.

The pictures led the cleric, Mufti Qavi, to be removed from his position on a Ramadan committee. Baloch sought protection earlier this month after receiving anonymous death threats, according to the AP.

Hundreds of women in Pakistan die in “honor killings” each year—often at the hands of family members as a form of punishment for violating traditional values, Reuters reported. 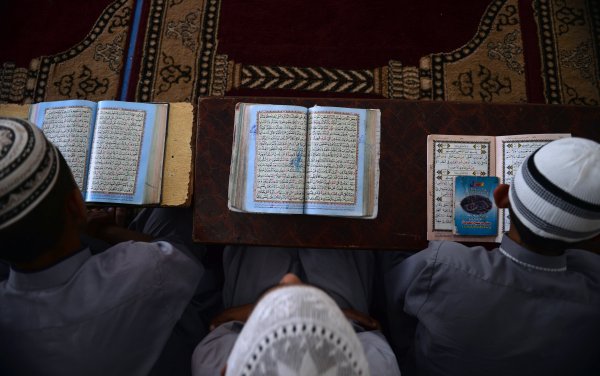 Pakistan's 'Jihad University' Gets Huge Grant
Next Up: Editor's Pick